Artwork inspired by Vicky Phelan the focus of television feature 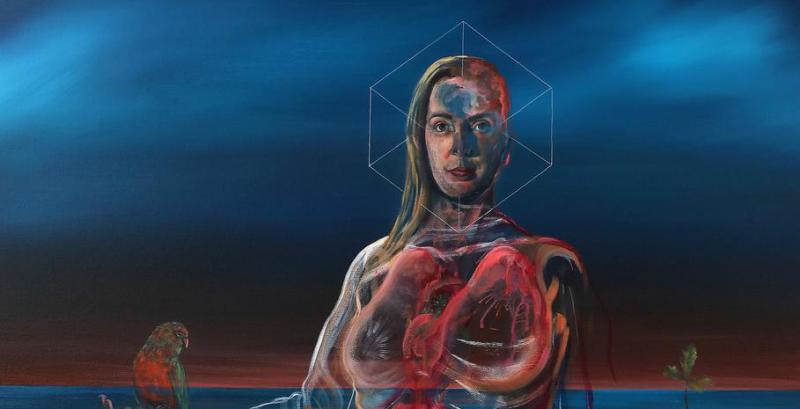 The portrait of Vicky Phelan by Vincent Devine, which will be explored on RTÉ Nationwide.

The Annacotty mother of two, who is originally from Kilkenny, will feature on an episode exploring the symbolism behind an art project depicting her and her children, Amelia and Darragh.

The specially commissioned iconic portrait, created by artist Vincent Devine, was officially launched in her home county earlier this month.

Artist Vincent was inspired by the courage of health-campaigner Vicky, and his aim in creating the piece was to depict the tragedy and joys of her life, through symbolic objects.

We have all come to know & admire the bravery of Kilkenny woman @PhelanVicky who has shared her Cancer journey. Recently an artist worked with her on a work of art & we hear all about this art project on #RTENationwide Mon 24th Jan @RTEOne 7pm @KKPeopleNews @kclr96fm @Heroes_Aid pic.twitter.com/UGRha7vDVp

In a preview clip, viewers are informed that her daughter Amelia, now in her teenage years, is represented as a bright-red Crimson Rosella bird, as she wants her to “remain a free spirit.”

Also depicted is her son Darragh, who is several years younger and is represented as a sapling oak, to show that he will grow up into a “big strong oak tree.”

The episode, to be broadcast at 7pm on RTÉ One,  will centre around the painting and life of the campaigner, who was diagnosed with cervical cancer in 2014 but was never informed until 2017.