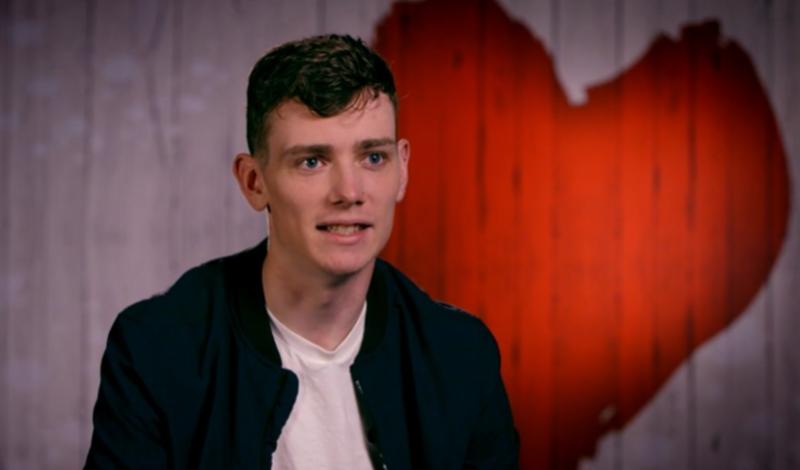 A LUCKY Limerick man is to feature on the next episode of RTÉ’s First Date’s Ireland.

Tonight, viewers will see Jordan (24), from County Limerick, meet Mayo student Sasha (22) at the Coda Eatery at The Gibson Hotel, in Dublin, where the show is filmed.

Now in its seventh series, the hit RTÉ show, will air at 9.30pm across RTÉ 2 television and the RTÉ Player.

The National Broadcaster has hinted that Sasha, is stunned by her Limerick date, when he suddenly decides to turn the conversation X-rated over dinner.

The first episode of the current season returned to Irish televisions earlier this month and has been livening quiet nights in through a “conflagration of fiery first impressions, burning hearts and old flames.”

Covid-19 protocols continue to be followed for this season with a two-metre dinner table separating attempts at becoming swooning lovers.

Romance seeking Eucilene (40) from Brazil looks to find love, as she goes on a date with talkative barrister Joseph (42) from Tipperary.

The final ‘first date’, aside from Limerick contestant Jordan and Sasha, is Ginine (34) from Kildare, who finds it hard to hide her feelings for Mayo man and Garda Andrew (31).

Ginine was married by Elvis and divorced 30 days later… she thinks!
Will her latest match Andrew stick around longer?

Find out on Thursday at 9:30pm on RTÉ2 ❤️ #FirstDatesIRL pic.twitter.com/ajPceXj2gh

Tune in tonight, on RTÉ 2, to see how contestants answer the ill-fated question "Would you like to see each other again?"