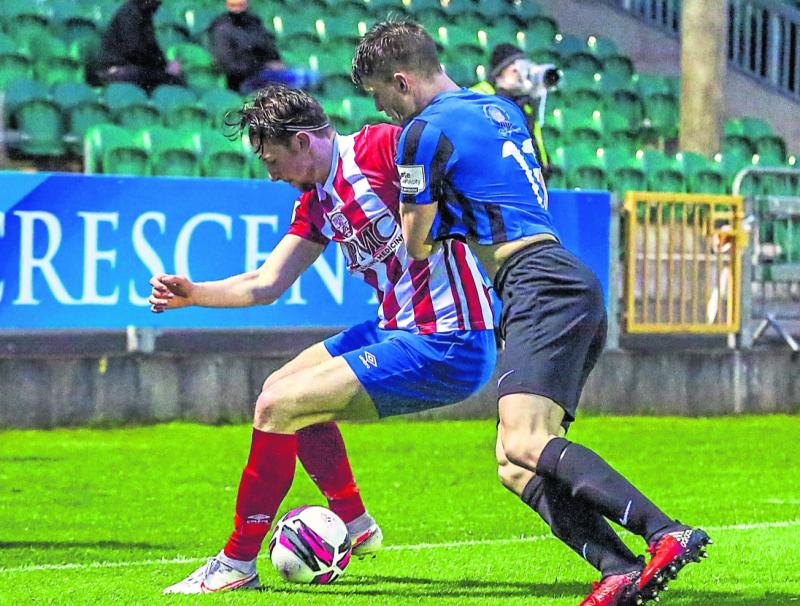 TREATY United can secure a promotion play-off spot in the SSE Airtricity League First Division in their inaugural season in League of Ireland football by taking a point from tonight, Friday's, crucial fixture with Athlone Town at the Markets Field, 7.45pm.

Fourth-placed Treaty currently enjoy a six-point advantage over sixth-placed Athlone in the table. The sides finishing down to fifth place will be involved in the promotion play-off series at the start of November.

Athlone Town have two games remaining in their regular season, while Tommy Barrett's Treaty United side have three games to go.

While Athlone played out a 1-1 draw with First Division champions Shelbourne at Tolka Park on Friday night, Treaty Utd's scheduled fixture with UCD was postponed as the students have players involved in the Republic of Ireland U21 side in international action.

That game has been refixed for Friday next, October 22 at UCD Bowl at 7.45pm.

Treaty's goal difference is also significantly better than Athlone's to this point and the Limerick-based side could lose all three of their remaining league fixtures and still advance to the play-offs.

The winner of this match will face the ninth-position Premier Division team in the promotion/relegation play-off final in the week ending Sunday, November 28.