Then & Now: Drowning of the shamrock 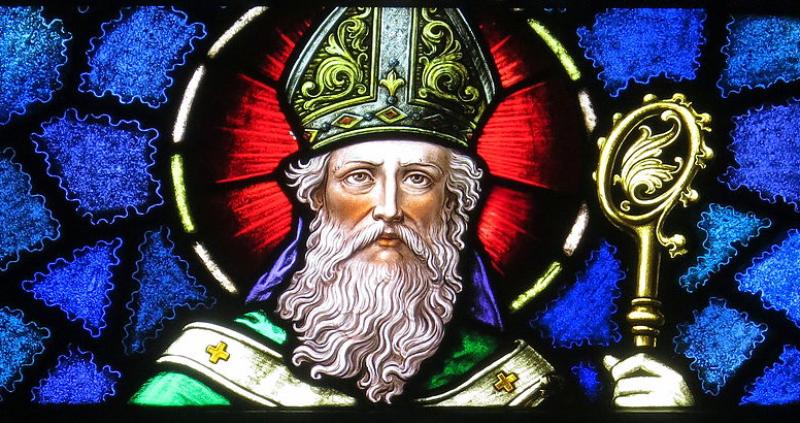 While St Patrick's Day is now a national holiday, as well as a religious feast day, a few hundred years ago, the emphasis was on spirituality and a much needed break from the austerities of Lent

St Patrick's Day
ST PATRICK'S day has arrived, and we are all looking forward to the celebrations, with lots of parades and events being held again to mark this special day.
There are certain places in County Limerick associated with Saint Patrick be they fact or fiction. Tradition has it that he visited many places around the City and County, and he blessed Kerry from the summit of Knockpatrick saying “I bless to the west of me.”
All over the world, St. Patrick's Day is celebrated with elaborate parades; families tuck into the traditional dinner of corned beef and cabbage everywhere except Ireland. In the pubs, the green beer flows swifter than the River Shannon. It's odd to think that just a short time ago, none of the most popular customs we often take for granted even existed. Today's international festivities are very different from how St. Patrick's Day was once celebrated in old Ireland
There are two main customs associated with the festival of our patron saint namely the wearing of an emblem or symbol, and the drowning of the shamrock.
While St. Patrick's Day is now a national holiday, as well as a religious feast day, a few hundred years ago, the emphasis was on spirituality and a much needed break from the austerities of Lent. Families would attend Mass, and every youngster proudly wore a St. Patrick's Cross. The week before the festival, children busied themselves in the making of the crosses, which differed, depending on whether you were a boy or a girl.
The boy's cross consisted of a three-inch square of white paper on which was drawn a circle divided by elliptical lines. Each compartment was shaded in with a different colour. For yellow, an egg yolk was often used; green could be had by chewing young grass; laundry blue provided another shade; and red, well, it was a cross for a little boy and one can only imagine how proud he must have been to sacrifice a few drops of blood in honour of St. Patrick! Come the big day, the finished cross was cheerfully worn, military style, on his cap.
While the cross for a boy was quite simple, the one for his sister was a bit fancier. It was formed by placing two three-inch pieces of cardboard or stiff paper at right angles to each other. To hold them in position, they were wrapped with ribbons of different colours and then a green rosette was placed in the centre.
The proper way for a girl to wear her cross was either pinned at the right shoulder or on her chest. And, speaking of proper, it would have been considered a major blunder for a girl to wear a boy's cross or vice versa.
Besides the crosses for children, there was another type which was made only by the men folk. This was formed out of twigs from wild sallow and, as with the St. Brigid's Cross, it was pinned to the thatch on the inside of the house. Each year a new one would be added. With all of their crosses prepared, children went to bed on the eve of March 17 happy and contented as did the adults. Tomorrow, all Lenten restrictions would be set aside for a day of feasting and merriment.
The drowning of the shamrock following the parades on Saint Patrick’ Day has been in the news in recent years. In times past it had a different meaning, and it was not necessary to get drunk to do so. The Shamrock was taken from their coat and put in a glass of their favourite drink and used to toast a person’s health. It was then picked out from the bottom of the glass and thrown over the left shoulder for good luck.
Also, in some parts of Southern Ireland, a cross was marked with the end of a burnt stick on the sleeve of each person at the gathering. This was done with a prayer that the individual so marked might be constant in their faith and in their love of Ireland's patron saint.