Then & Now: There’s nothing certain but death and taxes 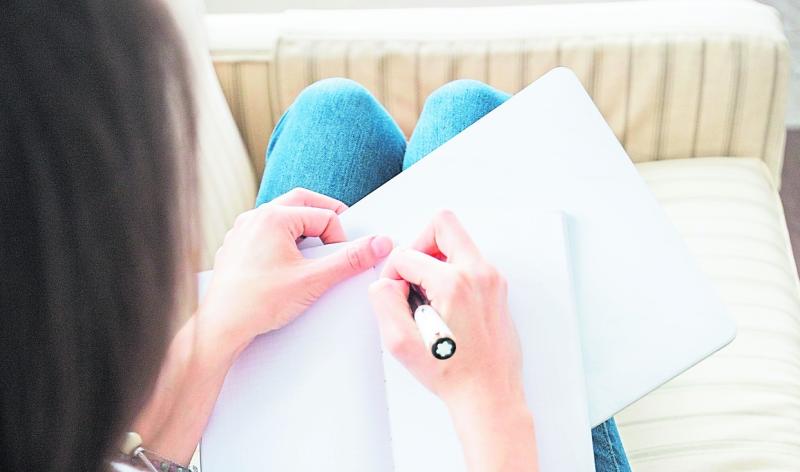 THIS WEEK I would like to mention a subject many Irish people, prefer to ignore and not to talk about.

We mark Best Will Week each November, and a will is one of the best gifts you can leave for your loved ones in the event of your death.

By making a will, you ensure that your estate is distributed according to your wishes, and you will also spare your loved ones from unnecessary trouble in the Court application to enable the administration of your estate.

When I was growing up if you heard of a person making a will, they were probably near death's door and this stigma seems to continue.

People are still very superstitious of talking about or of making a will. They tend to put it off as if that will put off the day of their passing from this earth.

In times past people may have had less to pass on, and they liked to remain in control of affairs. They also stayed close to home and travel accidents were not an issue.

In this fast-paced World we live in every morning we leave our house; we should be prepared for what life may throw at us.

Did you know that only three in ten Irish people have drafted a will and 50 percent have made no preparations for death?

That’s the 2016 finding in research quoted by My Legacy in support of Best Will Week that showed that only one in ten has actually drafted a will, and that only 50 percent of people have engaged in the practicalities of preparing for their own death, such as discussing their wishes with their family, or making a will.

Making a will is not morbid and it is not that expensive to do.

My Legacy was established in 2003 by a small group of Irish charities, who knew at first hand the great impact a legacy gift can have on the work of a charity.

They also realised that, unlike other countries, many Irish people do not make a will despite how important a life document it is.

Since then, My Legacy has grown to an umbrella group of almost 70 Irish charities, who work together to promote the great importance of making a will.

Best Will Week is an annual campaign aimed at encouraging people in Ireland to make a will and to consider leaving a gift to charities in their will.

Participating solicitors in the event guide people through the process of making a will, (which is free of tax to the charity) taking into account their wishes for their loved ones, how to protect their assets, reduce inheritance tax, and consider the impact that residential care fees, might have on an estate, as well as ensuring precious items, go to the people who you might want to receive them.

The preparation of a will is most popular with the over fifty-five age group, with just over half of them (57 percent) having already drafted their will, but younger people are far less willing to prepare a will, with two thirds of those aged from 25 to 34 having not yet done anything.

And one-fifth of people aged 35-44 have prepared a will, with the number of Irish people bequeathing a gift to charity in their will is also pretty low (12 percent), although 18–24-year-olds have the highest intentions of leaving money to charity.

Susan Dwyer, chair of MyLegacy.ie and CEO of the Make-A-Wish Foundation, said: "The number of Irish people who bequeath a gift to charity or indeed don’t prepare a will is quite low. Leaving a gift to charity is a very meaningful experience, which allows you to support a charity or cause you care about after you are gone."

She added: "My Legacy would encourage everyone to make an appointment to visit your local solicitor for a will consultation, to discuss your wishes and your lasting legacy. If you pass away without making a will, your estate will be distributed according to the rules of intestacy laid down in the Intestate Succession Act (Cap. 146) and persons to whom you may not intend to give anything may be entitled to a portion of your estate."

Ms Dwyer continued: "Furthermore, without a will, you miss the only opportunity you have to appoint a trusted person, as executor who could apply to Court for a Grant of Probate to administer your estate. Instead, your family would have to apply to Court for Letters of Administration, which is generally a more complicated, longer and more expensive application than the application for a Grant of Probate."

There are a number of possible scenarios if you pass away without making a will, and the following might happen:

If you are a married person with children but you intend to leave some of your estate to your parents, according to the rules of intestacy, your parents will get nothing from you.

If you are married with no children, and your spouse passes away the day after without making a will, 50% of your estate will be given to your spouse, and forms part of his/her estate to which your spouse's parents may be entitled.

Therefore, if your intention is for your estate to be distributed amongst your parents upon your death, that would not happen.

Furthermore, because you predecease your spouse, your parents would not be entitled to a share of your spouse's estate. If you have young children and your spouse passes away shortly after your death, also without making a will, the person who applies to Court to be appointed as your children's guardian may not be the person you and your spouse would have chosen if you had given some thought to it.

If your children inherit a large amount of money upon your death in their twenties, they might not necessarily have the maturity to deal with this situation, especially when they have suddenly lost someone so dear to them.

By making a will, you can defer the distribution of your estate to them until a later time or in stages, and meanwhile it will be held by your executor on trust for your children.

We all have heard stories about word-of-mouth promises, to give people land or property following their death, which is not worth the breath they take.

Life is unpredictable, so the solution is simple, make a will for the benefit of your loved ones and also for your peace of mind before it is too late.