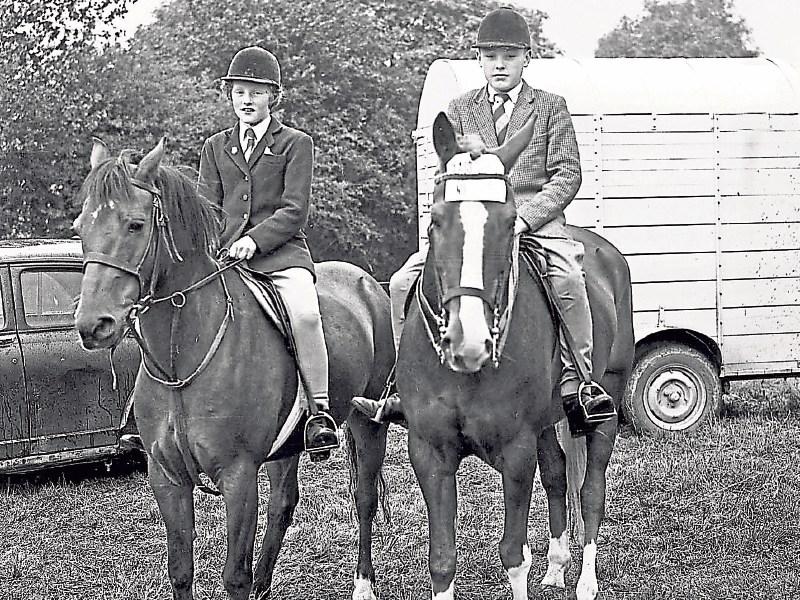 I STAND once again and reminisce within the four walls of what was once my old home. Its kitchen and two bedrooms are permanently devoid of human activity now, except for my occasional visits.

Housed within the whitewashed walls are relics of another age: the open fireplace that was used for heating, baking and cooking.

The kitchen dresser that contained much more than ware. The Aladdin lamp that hung from the hook on the ceiling that provided light in the kitchen, before electricity arrived, all abandoned now covered in cobwebs never to be used again.

A covering of galvanise has long since replaced the thatched roof, the rushes and scallops distant memories half buried in the mists of time. It is early July, and the sun is setting behind Barnigue hill.

A great ball of fire, an indicator of another scorching day ahead. Within hours the horses will be yoked for action. The finger bar mower has been greased and oiled, the sections meticulously sharpened to a fine edge.

The mowing of this year's first meadow will begin in the morning shortly after five, long before the flies are up and long before I myself venture forth to greet the day. I wish I was a grown-up man and involved.

By noon the road meadow has fallen, and swathes of thick leafy grass interspersed with thistles, clover, blackheads and the odd buchallan lie prostrate on the shorn meadow. The horses lathered in sweat make vain attempts to rid themselves of the flies that feed off their necks and chests.

They make their way back to the yard with tails swishing where chains are unhooked, and beam lowered to the ground and tackling removed. The horses freed of their yokes are given oats and water, turned out to an afternoon of leisurely grazing.

Their day's work is done. A ten-year-old boy climbs aboard the twin iron wheeled Pierce mowing machine (made in Wexford), sits on an iron seat, wishing once again he was a grown-up man.

A couple days of sunshine and light winds have seasoned the meadow, changed its colour. The nightly offering up of the rosary for the fine weather to continue has proved effective. Shortly after ten the sun has burned the dew away; I take my two-prong pike (fork) and start turning the inside swathe of grass.

Before long there are several sets of legs moving up and down the meadow turning over the green to face the sun. The elders say, "it will be fit to pike tomorrow, we should have mowed more as the weather is given good for several days".

The man with the horse and rake is first into action making the hay into long straight rows several yards apart. The horse drawn tumbling jack gathers the dry hay effortlessly and turns over the load into heaps for the making of the wynds (cocks).

A couple of neighbouring men arrive, armed with pikes, sleeves rolled up, tanned arms exposed to help. The woman takes a pram and with a toddler girl in tow, leaves the field.

Later she returns with a sweet gallon of water, big bottle of cider, and a few bottles of porter and aluminium mugs to quench the thirst.

The piking continues for a few hours until two thirds of the meadow is completed and the distance to the ditch is getting near. The butts are pulled by the youngsters, who keep a watch out for the thistles, which pierce their soft fingers. The experienced man will head the wynds and a roll of hemp will be used to tie them down.

Two crossed lengths from the top and tied in four places around the butt to secure against strong wind. A timber rake will be used to take away the loose hay from top to the ground which could allow the water in.

The woman sticks her fork into the ground and makes her way to the house and soon appears with a gallon of tea, and a green message bag of food.

The tay in the meadow has a flavour all of its own, as do the tomato, ham sandwiches and hard-boiled eggs. The grownups talk about the hay and the local and national news, while the toddler girl does her best to keep her baby sister amused. I turn cartwheels over the heaps of hay waiting to be turned into another creation and slide down the sides.

It is gone seven, the real heat of the day has gone as well as the labourers from the meadow. I am indulging myself in an activity I enjoy when all the hay has been gathered counting the wynds.

Over thirty cocks of good quality hay stand tall against the skyline. Tomorrow the raker will enter the field and do the clean raking. The loose scattered hay will be gathered up and an extra few wynds will be made.

I look around me now at the four grey walls that surround me, as my daydream is almost over. I trek back through the meadows, hear the man's voice as he cajoles a pair of horses, see a woman drawing water from a spring well, smell the aroma of a freshly cut meadow.

The men and the woman and the horses are all gone now, so too the corncrake who build their nest in the meadow and had to be rescued before the machine came close.

To quote from another classic "they don't sow potatoes, nor barley, nor wheat" around Glensharrold no more, nor pike hay or catch trout.

Much has changed in over half a century and yet , the greater picture has hardly moved at all. The boundaries around the farm I knew as a child are still there.

The White River where we tickled trout still flows through the glen. The furze bushes still bloom most months, and the cuckoo still calls from mid April and the sun still sets behind the same hill.

Yes, people come and go, but the landscape remains embracing generation after generation. The boy who couldn't wait to become a grown up got his wish all too soon!

This evening for a little while that man has become a child again. I wander away through the meadow again and watch the young rabbits as they munch their way through the green, green grass of home. 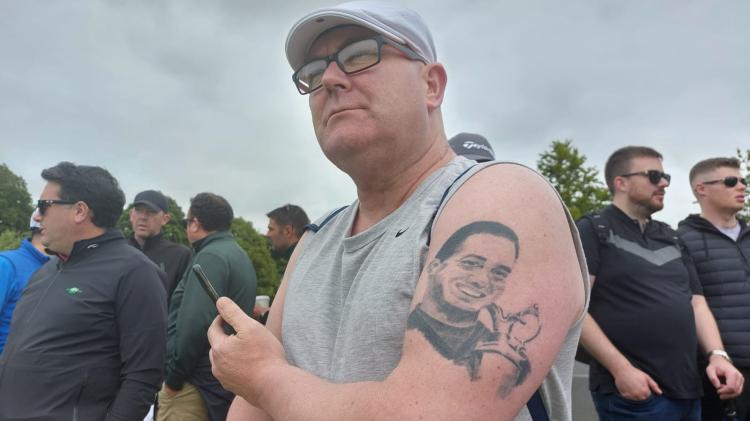