Then and Now: More on the great Grimes 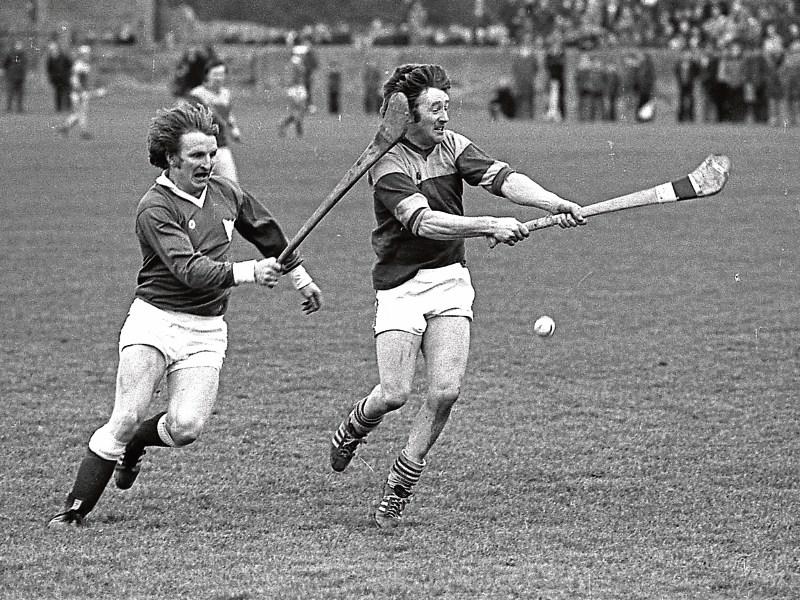 EAMONN GRIMES story continues: Limerick and Kilkenny in an All -Ireland final has often appeared as God's gift to hurling loving fraternity, and it was proved correct again on this happy occasion on September 1, 1973.

Played under the most difficult weather conditions, the contestants still gave an exhibition in which any pair could take just pride, and the general verdict after the game was that hurling was the great winner. The Limerick success was hailed as the finest shot in the arm that the camán code got in many years.

Victory came with a seven-point margin, with Eamonn giving a great display. Tirelessly he rampaged the field and inspired his colleagues , with some rising to exceptional heights. Sean Foley at left half back gave a regal performance that matched any display seen in that position. Eamonn Cregan was majestic at centre halfback and Richie Bennis was superb at midfield and was top scorer with ten points. Seamus Horgan brought off some miraculous saves in goal.

But overall, it was a team performance and a great cohesive effort that produced passages of elegant hurling. Eamonn Grimes a magnificent captain had led Limerick to a 13th Munster title and 7th All-Ireland crown. The President of Ireland Erskine Childers , viewing his first hurling game said " This was the greatest game I've seen in my lifetime, and I'm speaking of all games. It was a return again to the glory days by Shannonside and Mick Mackey and his men had worthy successors.

The reception accorded the victorious Limerick players on their return from the final was a fantastic one that by far exceeded , in numbers and enthusiasm anything previously experienced by Shannonside. The city dinner given by the Mayor and Corporation, a glittering affair, was representative of every facet of Limerick life but for GAA fans the big attraction was the crossroads provided where the men that mattered in the past rubbed shoulders with the leading GAA players and figures of that time. At the end of the year Eamonn was awarded the Texaco Hurler of the Year trophy.

In 1974 Limerick maintained their provincial dominance. Grimes captured a second Munster medal following a 6–14 to 3–9 win over Clare. This victory allowed Grimes side advance directly to the All-Ireland final where Kilkenny provided the opposition once again. While Kilkenny were back to full strength, Limerick went into an early lead. However, this was diminished as Pat Delaney, Eddie Keher and Mick Brennan scored goals. Limerick lost the game by 3–19 to 1–13. Limerick failed to win a third provincial championship, but Grimes won a second All-Star award in 1975.

By 1980 Grimes had been dropped from the starting fifteen. He was a non-playing substitute as Limerick won the Munster final by 2–14 to 2–10 that year and denied Cork a record-breaking sixth successive title. The subsequent All-Ireland decider pitted Limerick against Galway; however, Grimes started the game outside of the starting fifteen once again. He was introduced to the field of play during the game. Though Eamonn Cregan scored 2–7 for Limerick, Galway went on to win the game by 2–15 to 3–9.

Limerick retained their provincial crown in 1981 following a 3–12 to 2–9 defeat of Clare, but Grimes was still a non-playing substitute. His career drew to an end when eventual champions Offaly defeated Limerick in the subsequent All-Ireland semi-final. Eamonn's county career lasted from 1966 to 1980 inclusive and during that time was one of the games great players.

Grimes was also selected for Munster in the inter-provincial series of games. He made his debut with the province in 1972 and was a regular at various intervals until his retirement. During that time, he won two Railway Cup medals as a non-playing substitute in 1976 and 1978.

He played with and against many great hurlers during his long and distinguished career and his hardest opponent was Len Gaynor of Tipperary. Others were Con Roche Cork, Pat Lawlor Kilkenny and Noel O'Dwyer Tipperary. He admired Pat Hartigan, Jim O'Brien, Phil Bennis, Eamon Cregan, Liam O'Donoghue, Richie Bennis, Andy Dunworth and Joe Mc Kenna. Eamonn made three memorable trips to America twice as an All Star and as All Ireland winners. Eamonn's best display was against Claughaun in the 1971 County Limerick senior hurling final defeat and the most exciting moment of his career was the county club success with South Liberties in 1972.

Eamonn made 30 (26+4)Championship appearances for Limerick and scored 3-29 from midfield which was his favourite position. He played 73( 65+8 )matches scoring 17-93 in the National Hurling League. He worked as a sales representative for Beamish and Crawford who were sponsors of the Limerick Supporters Awards for many years. His name re-appeared in sports reports many years later when his friend and fellow member and benefactor of the South Liberties club, J.P. McManus, named his successful racehorse "Grimes" in his honour. The previous captains I have featured had all passed to heaven's sporting Kingdom. Eamonn is still with us and enjoying Limerick's great success at present and long may he continue to do so.