Then & Now: This too shall pass 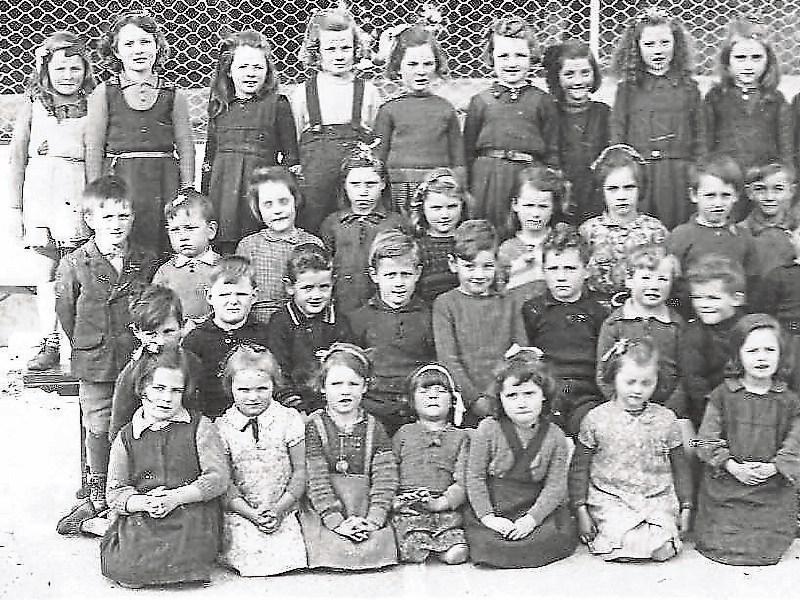 THIS WEEK we look back at another dark period of our history when people faced uncertain times like the present threat from the Covid-19 pandemic.

The world knows the 1939-45 war as World War II, but in Ireland possibly reflecting our neutrality we diminished its importance by simply calling it "The Emergency". A new vocabulary evolved-we had "emergency" rationing, "emergency" petrol, "emergency" tillage, "emergency " turf, the word "emergency" elevating everything to new national importance. Since Ireland remained neutral, we never saw the real ugliness of war, but the side effects of being located on the edge of war-torn Europe were very real, nevertheless.

Ireland declared an official State of Emergency on September 2, 1939, and Sean Lemass was appointed as Minister for Supplies. The Emergency Powers Act was enacted the following day. This gave new powers to the Irish Government for the duration of World War Two. The Irish Government now had control of censorship of newspapers and all letters. Rationing of food, clothes and petrol was introduced.

Dublin was a city without cars and gas and electricity was rationed and paraffin and candles were rare. The city was well lit up with no black out, brown out, or blue out, but the streetlamps had been deflected to throw some of their light on the ground. This was done in deference to those people who believed Luftwaffe navigators took their bearings from Dublin. The trains were running on coal again instead of peat and were back to normal schedules. There were no signposts and the stations remained anonymous.

In December 1943 it was reported that about (400,000 Irish men and women there) six million pounds a year has been sent back to Ireland by Irish men and women who were with the British forces or in British ammunition factories. Unemployment had, therefore decreased, but emigration still provided the same pitiful farewells, as it did when the exodus to America and Australia began. The same scenes repeated themselves at almost every station there as the same shawl-muffled women with faces wet with tears, said goodbye to sons, grandsons, husbands, and daughters, who were off to make their fortune in a British ammunition factory.

The scarcity of food and household goods was the main problem. The small farming communities of rural Ireland were still struggling from the effects of the "economic war" of the 1930s and were given no time to recover before war broke out in 1939. The early forties were years of fear, rumours, shortages, improvisations, and adversities. But adversity is a strange phenomenon, as it often brings out the best in people, knitting communities together.

It makes people aware of the value of having a good neighbours, and of helping and sharing. The hardship continued into the fifties, and there was little or nothing to spare until the sixties, when things began to improve with the arrival of industrial factories. During the "emergency" the land was relatively poor, and the holdings were mostly small, and the work was hard. Farm sizes were quoted in the numbers of cows the land could maintain- "the grass of six cows" or a "ten-cow farm".

To ensure the fair distribution of essential items, rationing was introduced. Every person was issued with a ration book, with coupons for the various items. The ration books were deposited with the local shopkeeper, which meant that one could only shop at that establishment. The size of each person's quota was meagre and at times, recently deceased people could "live on" for the duration of rationing. The extra few ounces of tea or the extra pound of sugar far outweighed any fear of future fire and brimstone.

The scarcity of cigarettes and tobacco hit smokers very badly. They were at the mercy of the goodwill of the unfortunate shopkeeper who got only a fraction of normal supply and who usually tried their best to distribute them fairly among their customers. Each cigarette was good for two or three smokes-just a few "drags" then it was "topped" until it was time for the next smoke. The "butts" were hoarded in top pockets and when supplies ran short a makeshift cigarette could be made from two or three butts rolled in a piece of paper.

When real desperation set in, cigarettes were made from brown paper, tea leaves, or even from turf dust. The black market introduced some unfamiliar brand names- Player's Weights, Capstan, Craven A, White Horse etc. The "small woodbine" an open-ended paper packet of five cigarettes costing two old penny was popular.

A certain amount of wheat was grown and was ground at the local stone mill. The fine white flour in the shops was rationed. The empty flour bags, however, were a boon to the housewife. After washing and bleaching, she had some precious cloth , which was converted into bed sheets, undergarments for children, and tea towels. Nothing was wasted, not even the thread that had been used in making the bags.

Much of the work in the fields was still done manually and the hay and corn were cut by a scythe. Gardens of potatoes, and vegetables were made, using a grafán, which was a big strong hoe-like implement. The crops were fertilised by farmyard manure inland and by seaweed by the seashore, and on the islands. A pike was used to fork the manure onto the butt cars and transfer it out onto the fields in the autumn. It was unloaded into small heaps, which were spread out to cover all the ground.

The old farmyards had lots of small stones, which ended up in the dung heap and these were also spread on the land. The young people in the house got the job of picking the stones into a galvanised bucket. Many is the time I had to pick stones, and it was a boring job. Sand was taken from sandy strands or dredged and placed on quays along the coast. Farmers came and carted the sand to spread in their fields.

The people became more efficient in ploughing with the horse, which was the forerunner of the annual local ploughing matches. These competitions opened a new topic of conversation, about the merits and demerits of the drill plough, the swing plough, and the wheel plough. The methods of ploughing new ground (bán, bawn) and the angle of the cutting edge of the coulter was also discussed.

It was the era when the priest was respected, even feared and the local teacher and guard equally so. The people, for the most part, had a simple deep faith. But it was a religion of fear, with a judgemental God who was hard on sinners. Tradesmen and handy people were very important in the community, with the blacksmith much sought after, as he shod the animals, and made the farming implements.

The country people had a few advantages over the town and city people, even though the country people believed the opposite was the case. Most of the food was home produced with plenty of bacon, poultry, potatoes and vegetables,( some had their own flour) and plenty of milk and butter. Most households had a few apple trees, blackcurrant, and gooseberries bushes, and in autumn nature provided blackberries, elderberries, and mushrooms in the fields.

Social events were simpler than today, and all the neighbours came on Station Day , when Mass was said in the house. This was usually followed by a night of revelry, and the night of the threshing was often followed by a similar party.

At present all social events are cancelled and people remain in their own homes, in fear of catching the virus.

The "Emergency" years passed and hopefully this latest threat will pass, and we will all remain healthy and safe.