Then & Now: Why not plant a tree this week?

National Tree Week is a great time to think about sustainably 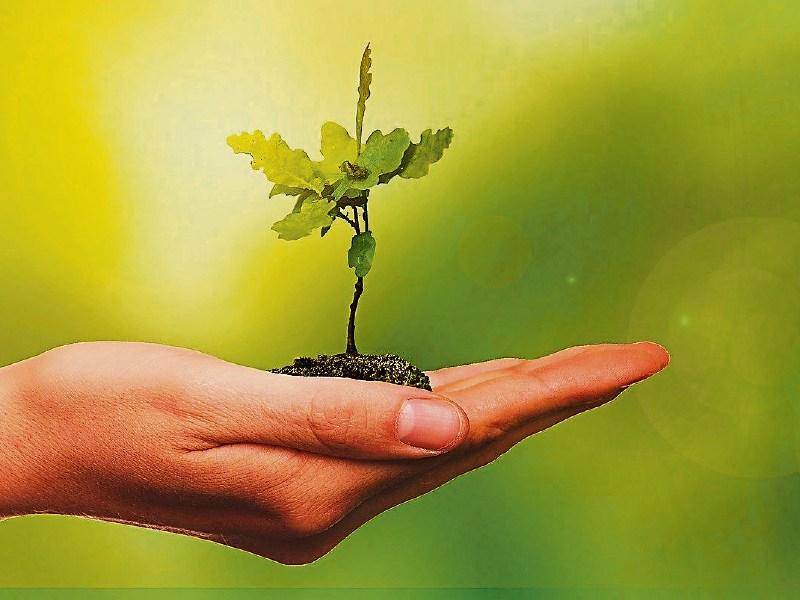 IRELAND'S NATIONAL Tree week takes place from Saturday March 21, to Friday March 27. Healthy trees, Healthy Planet, is this year's theme. It is to promote tree health and the important role trees play in promoting the planet by taking on climate change and providing natural renewable resources . Trees will be available for planting in local communities, including 30,000 native trees donated by Cóilte.

The weeklong celebration is about communities coming together to celebrate trees. Trees play a significant role in our climate change strategy by soaking up carbon emissions and in the sustainable wood resource they provide. Trees improve air quality, provide shade that makes streets cooler in the summer, increase biodiversity, provide food and shelter for wildlife, reduce local wind speeds and reduce the effects of flash flooding.

Without trees, life on earth would be unbearable. The Tree Council of Ireland are inviting people to get involved in local activities with events around the country including tree planting ceremonies, forest and woodland walks, workshops, woodturning displays, talks, poetry readings, exhibitions, competitions and tree plantings. This may all change now due to the Covid-19 virus. Trees are part of our national treasure and they are enjoyed by humans, various wildlife and numerous species of birds, and they are good for the environment.

There are social and economic reasons to plant trees as well as the environmental benefits. Since it was introduced over half a million trees have been planted throughout the country during Tree Week. By doing something as simple as planting a tree, everyone can play a part in making a difference to our efforts to live more sustainably and bring about countless benefits, many of which will have a long-term impact in times of climate uncertainty.

Ireland was covered in ice and snow and had no trees during the Ice Age about 12,000 years ago. As the land started to warm up and thaw out the work done by the birds and animals coming in from Britain, led to the growth of our native trees. They transferred the seeds and nuts around and the wind blew in many other lighter seeds from abroad. From my young days I recall the following lines:

Are the four best trees that ever grew.

We associate the Ash trees with the making of hurleys and the phase ‘’the clash of the ash’’ and the good heat it produces. It grows in woods hedges and hillsides and its purple flowers open before the leaves show. The tree faces an uncertain future at present due to the ash die back disease around Ireland.

The experts all agree that the wych elm was well established throughout Britain and Ireland before they were cut off from continental Europe by the English Channel. So, it is a truly native Irish species- probably the only native Irish elm, as they are from 15 to 45 different species of elm trees. With its melancholy associations it is strange that in plant lore the tree signifies beauty, charm, courtesy, dignity, and graciousness. Some of our ancestors considered wych elm a protection against harm. An old Irish remedy for impotence was to write a man's name on a wand of elm and strike him with it.

The elm tree produced lovely timber for furniture and wood turning but unfortunately it was wiped out many years ago by the Dutch elm disease. The poet Gerald Griffin mentions the Elm which is a very tough timber in the following lines about Adare:

There winds the Maigue as silver clear

Among the Elms so sweetly flowing,

Wild roses on the bank are blowing.

The Yew tree was something of a mystery to us as we didn’t see it growing nearby or what it looked like. In time we learned that it was a coniferous tree and that it could be found in churchyards, and burial grounds. It was the sacred tree of the druids and it could live to be a great age. Yew trees are among today's oldest living things, and they feature strongly in history, legend, and the lives of saints and heroes. Irish churchyard yews can predate the church itself, sometimes by centuries, suggesting that they marked sacred places, that were adopted by the incoming Christian missionaries. In past Ireland yew was widely used as "Palm" on Palm Sunday, and after the ceremonies the branches were placed in houses and cattle byres to bring good luck.

The oak is a majestic tree and its timber is much prized for its beauty, its hardness and durability. At one time great Oak woods covered large parts of Ireland. County Limerick had very extensive woods mainly oak woods but that is a story for another day.

Paleoecologists tell us that willow, birch and aspen, trees were the most able to cope with Arctic conditions, were the first ones to re-colonise what we now call the British Isles as the ice began to melt and the glaciers retreated. Willows are also called sallow's, and there are five different native species. For centuries willows have been associated with grief, and in the sixteenth and seventeenth centuries, jilted lovers would put a spray of willow in their hats.

The association with grief is said to originate from the words in Psalm 137: By the rivers of Babylon we sat down and wept, when we remembered Zion, there on the willow trees, we hung our harps. All this because of a mistaken identity. Writers on Biblical plants say that the willow trees mentioned were the Euphrates Poplar.

Willow associations are not all negative, and in Irish folklore there are records of it being called bright, cheerful and noble, and it was considered lucky to take a "sally rod" with them on their journey. In places crosses made from willow twigs were displayed in houses on Palm Sunday and left in place for a year to provide protection. Some twigs were kept in water so that they would stay green and protect the house against thunder.

The hazel although it can grow more than six metres tall is a shrub rather than a tree. But it played such a significant part in the re-colonisation of the land as the ice receded, and has left such a legacy, that it deserves a place alongside the native trees. The early settlers valued the abundant hazel as a source of easily collected and stored food. They wouldn't have known just how much the nuts contributed to their wellbeing. Research has shown that they have a high nutritional value being rich in protein, carbohydrates, dietary fibre, minerals and important vitamins, all of which would have helped them to survive the cold northern winters.

The forked branch of timber from the Hazel tree was used by diviners to source the location underground of water before boring a well to supply water for households.

Records tell us that the rods should preferably be cut when facing east so that the rising or setting sun shines through the fork. Three hazel pegs driven into the wall of a house were believed to protect the building from fire, and a hazel sprig by the door was believed to ward off lightening.

Carving names on the bark of a tree with a penknife was popular when I was growing up, but this romantic custom is seldom seen now.

The wood from the Blackthorn tree is used to make walking sticks and it has become one of Ireland’s best-known souvenirs at present. It is nice to recall the tree lore, and the important part trees have played in our country's history.