Then & Now: Love springs to mind in February 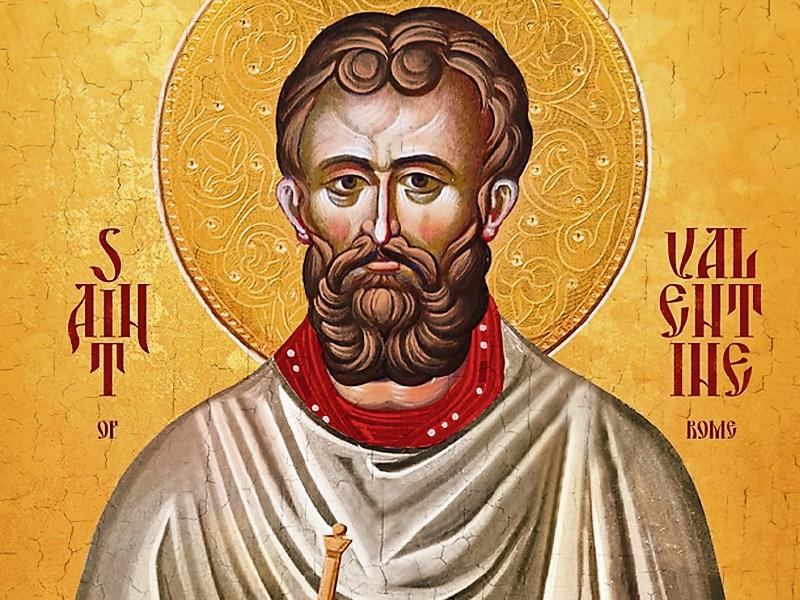 FEBRUARY COMES from the Latin word februa, which means “to cleanse.” The month was named after the Roman Februalia, which was a month-long festival of purification and atonement. It’s the only month to have a length of less than 30 days! Though it’s usually 28 days, February is 29 days in leap years like this year. This means it’s also the only month that can pass without a full Moon. Not this year as we had one on Sunday night last.

A Moon orbit is 29 ½ days, and since February only has 28 days, there are some years when February will not have a full Moon. When this happens, both January and March will have two full Moons each. This last happened in 1999 and will happen again in 2037. The second full Moon in a month is popularly called a Blue Moon.

Traditionally, the Moon we see in February (whatever the phase) is called the Snow Moon because usually the heaviest snows fall in February. This name dates to the Native Americans during Colonial times when the Moons were a way of tracking the seasons. And the Native Americans were right. On average, February is the USA’s snowiest month, according to data from the National Weather Service.

January and February were the last two months to be added to the Roman calendar (c. 713 BC); originally, winter was considered a month-less period. Originally, February was made the last month of the calendar year! Eventually (c. 450 BC), February was moved to its place as the second month.

Even though so many roses are sold during February due to Valentine’s Day, the Violet and the Primrose are the symbolic flowers. The violet signifies watchfulness, loyalty, and faithfulness. Give a violet to someone to let them know that you’ll always be there for them. The primrose lets someone know that you can’t live without them.

Like the violet, February’s birthstone is a purple colour, the beautiful amethyst. This gem is a form of quartz; it can range from a pale lilac colour to a deep, rich purple. The name is based on a Greek myth that speaks of a nymph named Amethyst who was inadvertently turned into white stone; in remorse, the Greek god Bacchus poured wine over her to turn her a beautiful purple. The amethyst was thought to prevent intoxication and keep its wearer thinking sharply. It was worn by English royalty in the Middle Ages.

The flower called snowdrop appears in February and is a symbol of hope. According to legend, the snowdrop became the symbol of hope, when Adam and Eve were expelled from the Garden of Eden. When Eve was about to give up hope that the cold winters would never end, an angel appeared. She transformed some of the snowflakes into snowdrop flowers, proving that the winters, do eventually give way to the spring. There is an old rhyme which says:

The Snowdrop, in purest white array,

The name snowdrop does not mean drop of snow; it means drop as in eardrop - the old word for earring. The Latin name for the snow drop is Galanthus, which means milk flower, and they are also known as Candlemas bells.

For the first time since 1945, Valentine's Day and Ash Wednesday fell on the same day in 2018. This left people with a decision to make on how to mark both. St Valentine’s Day is celebrated as a day for romantic love, and Ash Wednesday also celebrates great love, sacrificial love which goes to the heart of our very being.

The penitential practices of Lent, as all acts of penance in a Christian context, are aimed at learning to love, learning to live unselfishly. Far from being spiritual athleticism, they help us to hone our ability to give, share, let go and let be – all vital aspects of loving. The following lines mentions both,

Valentines are red and Wednesday's ashes are grey

You can't spell Valentine without Lent on this day.

SAINT VALENTINE’S Day is a time for sharing flowers, candy, red hearts and other delights that are welcomed by all shops associated with selling items on love and romance. The word love is derived from the ancient word ‘lufu and the German ‘liebe’. The word romance meant ‘of Rome’. One of the first references to Valentine’s Day on February 14 is contained in the poetry of Geoffrey Chaucer.

For this was Saint Valentine’s Day, when every bird comes to choose his mate.

The poem was written in honour of the engagement of King Richard 11 to Anne of Bohemia who were both just fourteen years of age at the time. There are several theories as to why February 14 came to mark Saint Valentine’s Day on the calendar. The most likely being that it was in the month of February that Saint Valentine was martyred in Rome.

Saint Valentine was a Roman Priest at a time when there was an emperor called Claudia’s who persecuted the church at that particular time. Claudia’s had an edict that prohibited the marriage of young people. This was based on the hypothesis that unmarried soldiers fought better than married soldiers because married soldiers might be afraid of what might happen to them or their wives or families if they died.

It was a very permissive society in which Valentine lived and Polygamy would have been much more popular than just one woman and one man living together. And yet some of them seemed to be attracted to Christian faith. But obviously the church thought that marriage was very sacred between one man and one woman for their life and that it was to be encouraged. And so, it immediately presented the problem to the Christian church of what to do about this.

The idea of encouraging them to marry within the Christian church was what Valentine was about. And he secretly married them because of the edict. Valentine was eventually caught, imprisoned and tortured for performing marriage ceremonies against the command of Emperor Claudius the second.

There are legends surrounding Valentine's actions while in prison. One of the men who were to judge him in line with the Roman law at the time was a man called Asterius, whose daughter was blind. Valentine was supposed to have prayed with and healed the young girl with such astonishing effect that Asterius himself became a Christian as a result. In the year 269 AD, Valentine was sentenced to a three-part execution of a beating, stoning, and finally decapitation all because of his stand for Christian marriage. The story goes that the night before his martyrdom February 14 Valentine sent a note to the girl he had fallen in love with and signed it ‘’with love from your Valentine’’.

Many a poet made a nice income as a St Valentine card versifier over the years even though some of the verses would make you cringe. Many people like the lines from the song ‘’you are Sixteen’’ in Oscar Hammerstein’s musical, The Sound of Music:

And love in your heart, wasn’t put there to stay

Love isn’t love, ‘’til you give it away.