In the second part focusing on Eamon de Valera, Tom Aherne looks at his political career 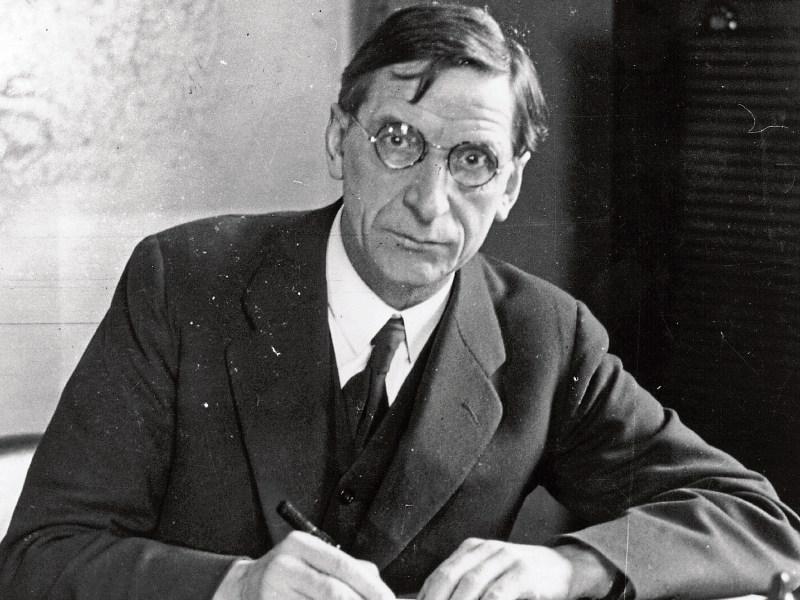 While Eamon never appointed a Limerick TD to Cabinet, he kept close connections with his personal roots in Limerick

EAMON DE VALERA and all those who took part in the Rising were released from prison in 1917, and one month later he was elected as the Sinn Féin candidate for East Clare.

By 1918 the British were finding it difficult to replace the men it was losing in the Great War and attempts to introduce conscription into Ireland had be blocked by mass demonstrations organised by Sinn Féin. The British authorities concocted the infamous German Plot Conspiracy, to weaken resistance to conscription, and to discredit Sinn Féin.

Sinn Féin leaders including Eamon and Arthur Griffith, were arrested, and he was deported to Lincoln Jail in England. While there he got friendly with the Prison Chaplain and managed in an unguarded moment to make a wax impression of the prison keys. An escape plan and the dimensions of the key were then smuggled back to Michael Collins in Dublin. In February 1919 Michael Collins and Harry Boland travelled to England to assist in the escape.

The whole adventure was melodrama and almost came unstuck when Collins inserted his copy of the key into the lock of the outer gate and it snapped in the lock. Eamon who fortunately had another key was able to work the broken key out of the lock. After a brief time in hiding he travelled to the United States, disguised as a stoker on a steamer, to win American support for Irish Independence.

He made impassioned speeches across the States for the Irish cause, advancing its claim to freedom, and raising funds for Sinn Féin. He returned to Ireland after eighteen months as talks to bring an end to hostilities were ongoing. The talks eventually led to a truce being called in July 1921. The British Prime Minister Lloyd George invited Eamon to meet him in Downing Street. Eamon proved a formidable opponent for the "Welsh Wizard" who said that trying to negotiate with him was like trying to pick up mercury with a fork. When he heard the comment, Eamon said:"Why doesn't he try a spoon?"

But the talks which continued for a week came to nothing and Eamon returned to Dublin empty-handed. Dail Eireann then sent over five delegates headed by Arthur Griffith, and Michael Collins, with Eamon excluding himself from the team. After protracted negotiations the Treaty for a partitioned Ireland with the British was signed in December 1921. The terms of the Treaty fell short of winning a Republic and was rejected by Eamon, while Michael Collins put forward the theory that it should be used as a steppingstone strategy to the Republic.

After an anguished and emotional debate, the Treaty was ratified in the Dail by a small majority of 67-54, on January 7, 1922. The country was bitterly divided, and Civil War followed, and new words were introduced for the history books-Diehards, Free Stators, and Irregulars. Eamon once again found himself on the run only this time from his former friends and comrades.

Four months after the Civil War ended, he was shot and captured by Free State troops, while attending an Election Rally in Co, Clare. Despite winning an impressive victory in the Election he was imprisoned for over a year, and on release he became the last political prisoner to be held in Kilmainham Jail. Eamon and his supporters split with Sinn Féin in 1926 to set up a new political party called Fianna Fáil. In the General Election the following year the new party won 44 seats.

Eamon was conscious of the power of the press, and its general hostility to his party led to the forming of his own newspaper. The new publication, The Irish Press was launched in 1931 by Padraig Pearse's mother and grew to three titles over the years. The Sunday Press was established in 1949, after wartime newsprint rationing was lifted, and the Evening Press was added in 1954. At its height the Sunday Press had a circulation of 40,000. Sadly, after years of decline the group's last paper was published on September 8, 1995.

In 1932 Fianna Fail swept to power with 72 seats and were to remain in power for the next 16 years. Once in Government he had to contend with IRA extremists, who believed in violence as the solution to the partition problem. The Government began the task of dismantling the Treaty and the office of Governor General and the Oath of Allegiance were abolished. The payment of the Land Annuities was withheld and finally ended. In 1938 the Treaty Ports were handed back to the Irish Government, and Michael Collin's theory of a steppingstone approach to the Republic was now a reality. Eamon introduced the Offences Against the State Act in 1939 and showed little mercy to the advocates of physical force.

His frequent orations to the League of Nations in Geneva - he was elected President of the Assembly on his first visit there in 1932-boosted his stature as a world statesman and helped to foster an International image of an independent Ireland. This helped greatly in preserving Ireland's neutrality during the Second World War, in the face of fierce pressure from Britain and America. As a result, thousands of Irish people were probably saved from destruction by German bombs.

Ousted from power in 1948 Eamon De Valera was deprived of his crowning moment, when a year later a multi-party Government led by Fin Gael's J A Costello, declared the Irish Republic. Eamon De Valera was Taoiseach of Ireland for much of the fifties, from 1951 – 54, and 1957 – 59.

He never succeeded in putting Ireland on the economic map as that was the legacy of Sean Lemass, a Minister in Eamon's first Cabinet. On June 1959 he was inaugurated as President of Ireland, a position he held for (two terms) 14 years, up to his retirement from public life in 1973.

Failing eyesight had troubled the Irish leader, and he had several operations in Switzerland which helped him, but in later years he was almost completely blind. However, this disability did not prevent him from travelling all over the world to places as far away as Australia, New Zealand, India, and Canada, as well as Rome on many occasions, and other international shrines of Catholic worship.

It has often been said of Eamon de Valera that there was no middle course in one's feelings towards him. One loved or loathed him, revered or reviled him. He was a golden hero or a black villain; the saviour of his country, or the greatest catastrophe since Cromwell. There was a middle course. The man had greatness and an austere type of charisma woven into it. No matter how one may judge his role in Irish history, one could never deny him his gigantic stature.

He did not blaze any broad visioned trail nor did he exude any excess of human warmth. But for all that he acquired an indestructible mystique. To his Irish followers he was The Chief; to his peers in many countries he was a statesman of singular quality and to millions throughout the world he was the glowing symbol of a risen people.

While Eamon never appointed a Limerick TD to Cabinet, he kept close connections with his personal roots in Limerick. On his 90th birthday he returned to Bruree to mark this special celebration. Saturday April 20, 1985 was the hundred anniversary of the day that Eamon first arrived in Knockmore from the US.

The people of Bruree held a special re-enactment of his arrival by donkey and cart to mark the day. His wife Sinead was buried on the sixtieth anniversary of their wedding. His death on August 29 1975 marked the end of an inspiring and charismatic Irish leader, who is still spoken about up to the present day.