Limerick students are off to see the Wizard, the wonderful Wizard of Oz! 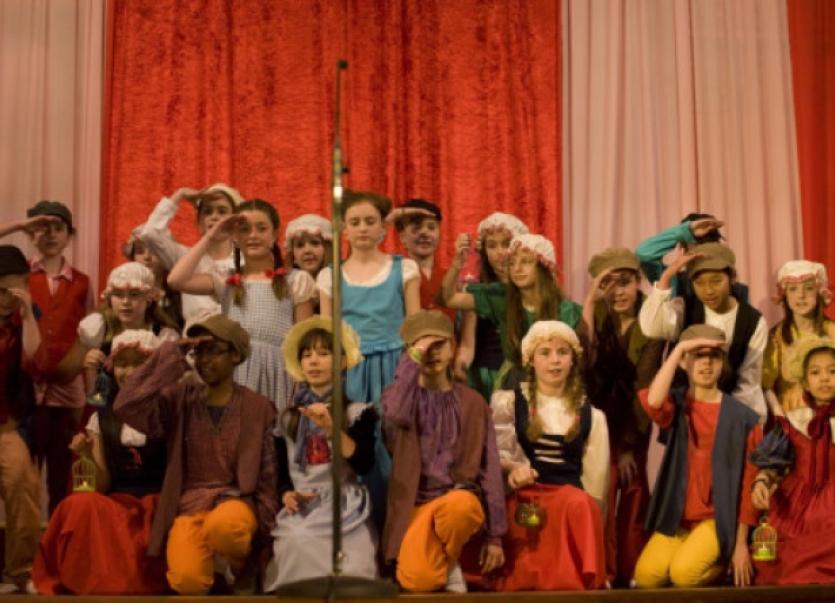 A SOUTHSIDE national school put on a unique performance based on the Wizard of Oz for their end of year show.

A SOUTHSIDE national school put on a unique performance based on the Wizard of Oz for their end of year show.

Parents, teachers and friends gathered in Salesians School, South Circular Road, for the annual show. Pupils and teachers were preparing for performances of ‘There is No place like home’. The show traced the story of Dorothy in the Wizard of Oz.

The shows came after weeks of rehearsals choreographed by Gerdi and Pam McGlynn of Frontline Stage School.

With outlets in Castletroy, Caherdavin and Raheen, Frontline Stage School is aimed at children who want to develop their performing skills.

But its curriculum also aims to develop confidence, teamwork and responsibility - giving the children ownership of their work.

Staff and students were ably assisted by many helpers on show nights. There was a real festive atmosphere in the school - with the bunting outside waving on the spring air, as every girl in the school got in on the act.

The audience of parents, family and friends were entertained for 90 minutes.

Patrons said the 90 minute play was memorable - for all the right reasons.

The next day at school, staff there said many of the children were asking: “When will we be doing the next show?”