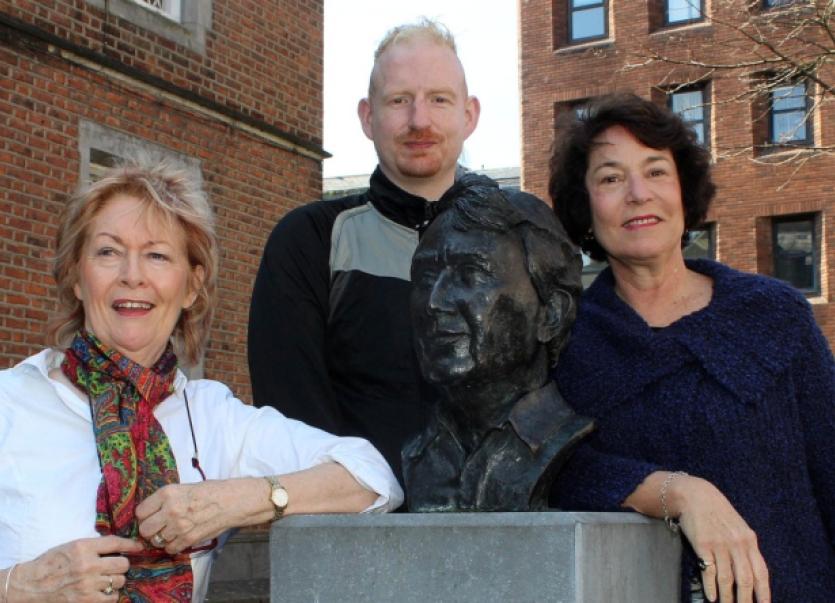 TOP PRODUCER Pat Moylan, who was behind huge hits such as I Keano, has confirmed she is developing Angela’s Ashes The Musical for a wider audience.

TOP PRODUCER Pat Moylan, who was behind huge hits such as I Keano, has confirmed she is developing Angela’s Ashes The Musical for a wider audience.

Ellen McCourt, the wife of the late author Frank McCourt, who wrote the best-selling memoir of growing up in Limerick, is due to meet with Ms Moylan in Dublin today, to learn how the production is developing, and believes she has a “very workable script”.

Derby based Adam Howell, who wrote the original script alongside Paul Hurt, said they are both “delighted and really excited that Pat Moylan is producing the show.”

“We do hope that it will happen in the next year or so. All the McCourts have continued to be very supportive of it, and a lot of work is going into improving the show,” Mr Howell told the Limerick Leader. However, he said it would not be appropriate for him to comment further at this time, as it is now out of his hands.

Ms Moylan told this newspaper that she has acquired the rights to the show. “It’s early days yet. I have the rights but a musical takes a long, long time to develop. Hopefully it will happen but it could be a couple of years down the road,” she said.

Ms Moylan is the former chair of the Arts Council, and for almost 20 years she was artistic director of Andrews Lane Theatre, and founded Lane Productions.

Regarded as one of Ireland’s leading theatre producers, she has previously produced many shows with Lane Productions including The Shawshank Redemption, which opened at the Gaiety before transferring to London’s West End, as well as Alone It Stands and The Field at the Gaiety Theatre. She also produced Beowulf: the Blockbuster in Dublin, New York and the Edinburgh Fringe Festival.

Angela’s Ashes The Musical was staged in the Lime Tree theatre for five performances in April 2013. It was produced by UnContained Arts and Theatre Works, both of which are based at Derby theatre. Mrs McCourt said an animation house, Brownbeg Films, is also working on producing a half-hour Christmas special based on McCourt’s children’s book, Angela and the Baby Jesus, which was to be his last work.

Speaking about the paranormal investigation, which was recently carried out at the Frank McCourt museum on Hartstonge Street, she said: “I applaud their enterprise. I think it’s an interesting experiment, and it’s great to do it in old buildings that have such a history, but the results I think are inconclusive.” Asked what would Frank think of the paranormal investigation, she said: “I think he would find it a hoot. If they have uncovered voices I think it could be from any period in its history, I don’t necessarily think it’s Frank’s”.