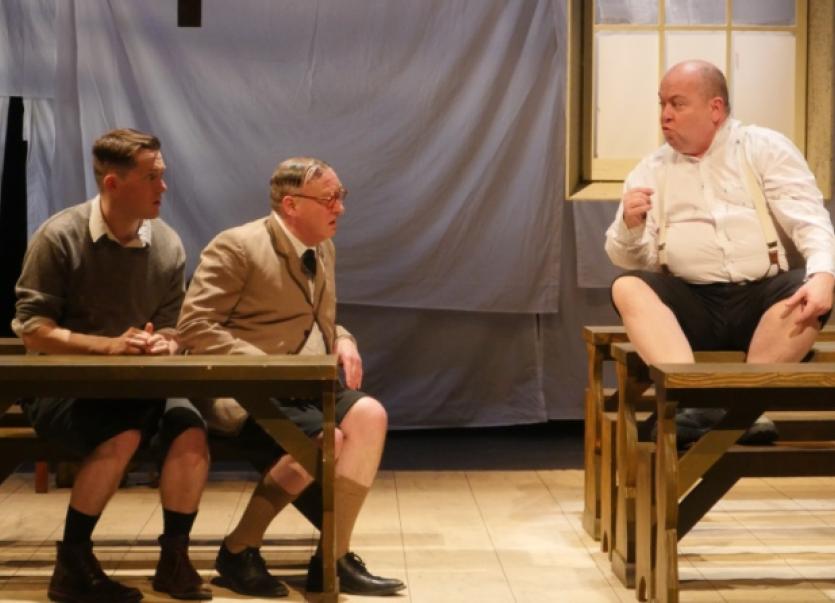 PATRICK Talbot’s first experience of learning English in school started - like it did for many - with Frank O’Connor’s wonderful short stories.

PATRICK Talbot’s first experience of learning English in school started - like it did for many - with Frank O’Connor’s wonderful short stories.

In fact, for the Cork man, it was also his first brush with theatre as his teacher would perform a veritable radio play version of O’Connor’s richly vivid writing.

Talbot would go on to carve out a successful career as a theatre producer and has adapted three of O’Connor’s stories into a new play, God Bless The Children. It is apparent that as much as Talbot was inspired by the writing, he was equally as inspired by the childhood memory of his teacher reading the words aloud.

“I was quite fortunate in that I had an English teacher in secondary school who was very, very theatrical and it was probably my very first theatrical experience to hear that man reading aloud, with all the characterisations and all of the atmosphere and inflections,” he says.

“I didn’t know that at the time, that it was like having a radio play come alive at the top of the class,” he laughs.

Talbot has adapated three of O’Connor’s stories into the full length play, My Oedipus Complex, The Genius and First Confession, using the classroom as an interlinking theatrical plot device.

“It is very much like being in the classroom and hearing these stories and plays being brought alive by one man,” he says.

“O’Connor wrote these stories as first person narratives and so, as a reader, the characters are speaking directly to you. That transposes very easily to the stage and we used theatrical tricks to open out the stories, to tell them and bring that colour and texture to them.”

Talbot had previously adapted O’Connor’s story Guest of the Nation as a one hander, and was searching for an opportunity to return to O’Connor’s uncanny ability to capture the child’s voice in such a sophisticated, sure and rational way.

“It just struck me that when we did it on the stage, the emotion in it had this extraordinary operatic and theatrical scale to it, and again it reminded me of my teacher way back in the 1970s, reading those stories and being very moved and transported by them,” he says.

“I was always keen to repeat that, to find something within O’Connor’s work that would allow me to do that again - but I hadn’t made the connection between these three stories. Whatever way I was reading them, this time last year, that linkage just materialised to me in my own head and when I put it on paper, it just seemed to work.”

God Bless the Child is in the Lime Tree this Friday and Saturday, April 24-25