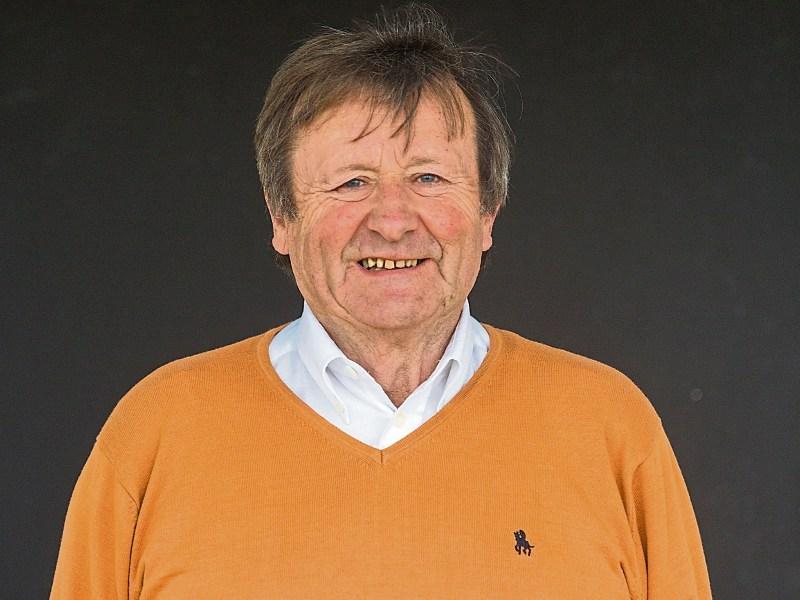 Born in Limerick, my family lived in a flat on Merchant’s Quay just off Bridge Street.

My dad, also named Sean, was a Shell driver and my mother, Margaret (Ollie) Kennedy, from Foynes was originally from Brennan’s Row. My older brother is called Noel and my sister, is named Monica. I left school at a very early age and joined the Alexian Brothers in Cobh, for a year. After leaving there I went to the Tech on O’Connell Avenue but being headstrong and not having any liking for academics, I joined the Shoe Factory on Mulgrave Street. Here I spent another very enjoyable year amongst 600 fellow workers specifically working in the vulcanising department.

Leaving school, more or less at fifteen years of age, I was nevertheless well able for the harsh realities outside.

The three ‘Rs’, reading, writing and arithmetic, were hard-wired into me (except maybe for the arithmetic) and I could write and punctuate any essay or composition set before me. I got on well with virtually all of my teachers in the Christian Brothers School on Sexton Street. In fact, if it weren’t for them I would have left school with little or no prospects. Today’s students wouldn’t contemplate leaving school at such an early age with the Leaving Cert being the very least that prospective employers would entertain now. Vocational education is essential for those who may not want to be professionals but there is a dearth of places for apprentices.

I joined the Limerick Leader as an apprentice compositor on December 12, 1966, and, as they say, I never looked back.

I loved the job, the people, and enjoyed every minute of working there.  Life then was very different in the printing industry. There was no desktop publishing for one thing; typesetting machines were a couple of tons in weight and hot metal was the order of the day. Indeed, back then, there were great characters in the printing business like Jimmy Collins, John McSherry, and Michael O’Halloran along with Tony Price, Kevin O’Connor, Austin Casey, Paddy O’Byrne, and Paul Collins. They would operate the old linotype machines from which lines of type would emerge to be made-up into pages by compositors. This process took place on a stone, hence the phrase ‘on the stone’, sometimes used even today by journalists (hacks!) to refer to a story that is awaiting publication and thus beyond further editing.

Ironically, my love of writing came about, not as you might imagine from my experiences in the media, but from when I was the PRO for Hyde Rovers Football Club.

Back then, club notes were a very valuable source of information. It is difficult to envisage a social media free zone but that was the way things were before the internet. The Limerick Chronicle office would even post half-time results from England on the door of the office and several dozen people might come to see how their favourite teams (or horses!) were doing. During the mid-to-late 1970s coverage of junior and schoolboy soccer was pretty scant and I was invited to cover those aspects of the sport whilst holding onto my job as a compositor.

It was this detailed knowledge that allowed me to develop the concept that finally became ‘A History of Limerick Schoolboy Soccer 1931-2000’.

Luckily, I had a lot of the material filed away and both the city and county libraries were a massive source of information. Tony Hayden and the Limerick Leader of course came-up with the period photographs which grace its pages. Their production will never be surpassed by any other organisation. Not only does it do what it says on the tin but it doubles as a social history of our city as well.  Three writers were involved from the start. Gerry McCormack wrote the beginning up to 1949 and again from 1976 through to 1988/1989; Buddy Brennan compiled the foundation of organised football in 1950 through to 1975/1979. I wrote the 1990s as well as editing and compiling the project which involved two years in the local libraries gathering newspaper reports. Buddy Brennan also spent two years at the National Library on Kildare Street in Dublin, going through the Limerick Weekly Echo files (which are not available locally). The result was something like eighty A3 binders containing research. Once the writing was done, we had to identify the images for the relevant seasons and this was also done through the  libraries.

At this stage, I have some seventeen volumes of photographic books published under the generic title; ‘Limerick, A Stroll Down Memory Lane’ which have been very well received.

Volume 18 is almost ‘in the can’ as they say. Many years ago some colleagues and I in the Composing Department of the Limerick Leader brought out a newspaper entitled; the Limerick Christmas Gazette. That ran for just short of twenty years with my enduring love of old photographs emerging from it. I first met the late Limerick historian, Kevin Hannan, while researching the Gazette and we became life-time friends. I began collecting pictures and other pieces of historical interest from then on also, so I suppose I can thank Kevin for my interest in the past.

For more information about Séan Curtin and his books please see: www.memory lanelimerick.com