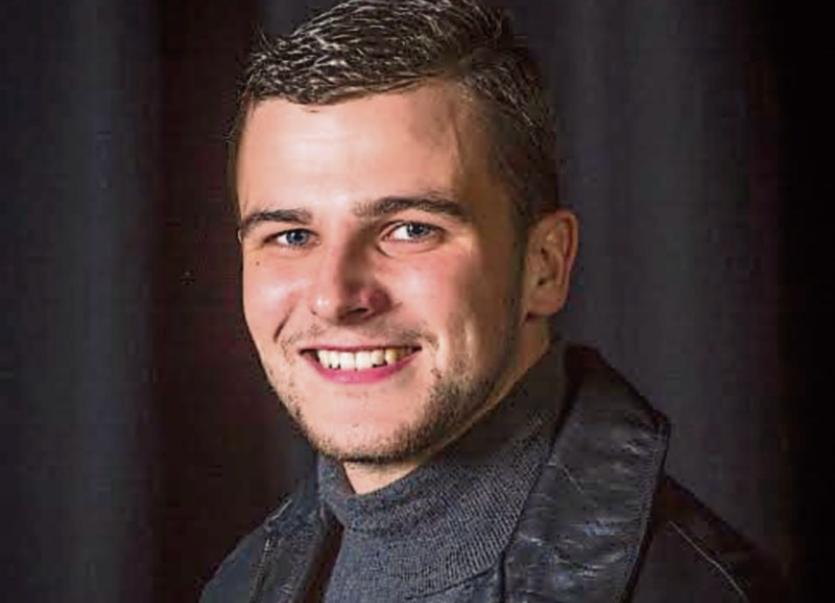 Born and raised in Limerick city, I have spent the last two decades here and loved every moment of it.

The people, the place, and the atmosphere, makes it feel like home. My primary education was undertaken in Scoil Chríost Rí, Caherdavin. From there, I went on to Ardscoil Rís and then to Mary Immaculate College, to study Primary School teaching. My experiences in those settings certainly peaked my interest in drama from a young age. Theatre, for me, always seemed more of an accessible area to break into, especially in Limerick. However, it has always been my ambition to branch out into film. Unfortunately, only a select few Irish actors are lucky enough to make it onto the ‘big screen’. That never discouraged me, however.

Acting really appeals to me.

Ultimately, it is an opportunity to express oneself, both as yourself and also in the personae of other people. It, also, provides a chance to step out of your own world and into someone else’s. As a newly qualified teacher, I firmly believe that the ability to act is in every person. Children are great at using their imaginations to step into new and exciting worlds. Sadly, for one reason or another, as people grow older and wiser, they tend to lose a lot of this ability. Acting, both on stage and in film, is an opportunity to hold onto some of that child-like imagination. There is nothing quite like the buzz of standing in front of a packed audience on a Saturday night. Bringing it alive on stage, actor’s love the applause, and that feeling of creating something unique with their fellows. Indeed, almost every friend that I have is as a direct consequence of that interaction.

If you are willing to work hard enough, and to surround yourself with people who can help you along the way, acting becomes a lot easier.

‘A journey of a lifetime starts with a single step’, after all. Once you get going, however, it can only get better. Although, it is early days for me, I would love to have the opportunity, at some stage, of branching out into the worlds of filmmaking, directing, or even the ‘big screen’. You never really know. They often say that; ‘the grass is always greener on the other side’, but I’m not entirely sure about that. The most successful actors, around today, are based mostly in Hollywood, London’s West End or even on Broadway.

Always surrounded by people, who helped to shape my life, it would be unfair to pick-out just one person as a catalyst.

However, I must say that my parents have always been my biggest fans. They supported me through thick and thin, always encouraging me to keep my head down and to work hard. They, also, taught me that, with the right attitude, and enough self-belief and determination, anything is possible. Nothing comes easily, instead you have to get out there and make it happen. At the moment, I am working with the College Players Theatre Company, on their production of; ‘One Man, Two Guvnors’. I am, also, an active member of the Mary Immaculate Dramatic Arts Society (MIDAS). There aren’t enough hours in the day for all this, given the sheer numbers involved in the theatre, in Limerick.

‘One Man, Two Guvnors’, at Lime Tree Theatre, is my first opportunity to work with the College Players and I am truly delighted.

It is, also, my first chance to work alongside our director, Dave Griffin. It is always interesting to experience different directors and their styles and Dave is certainly teaching me a thing or two. Of course, he is, also, supported by a wonderfully dedicated production team, working tirelessly behind the scenes. Indeed, I am very excited to be working alongside some extremely experienced and talented Limerick-born actors. In fact, I cannot wait to take to the stage in their company.

In this production, I am juxtaposed as an actor playing an actor in the guise of the character, Alan Dangle.

The latter, is a young, enthusiastic, melodramatic, wannabe-actor, (so I can see why they picked me!). Alan is engaged to Pauline and the two are madly in love. Their engagement party is interrupted, however, by the arrival of one Roscoe Crabbe, who until this point in time, was assumed to be dead. He is now looking to carry through on his ‘arrangement’ to marry Pauline. As you can imagine, Alan is not impressed. Heartbroken, he must find a way to get rid of Crabbe and to win back his one true love. It is an enjoyable role to play, as everything Alan does, is over-the-top and exaggerated. The part, also, gives me a certain amount of freedom to experiment and to try out new ways of doing things, with a view to finding the ‘best fit’ for our production.

Once the dust has settled 2017 promises to be yet another exciting year for me in relation to the theatre.

Indeed, if you look around our own city, there has been a discernible boom in all things theatrical. In fact, there are now quite a few societies and organisations at work, such as; Limerick Musical Society, the Cecilian Musical Society, MIDAS, College Players Theatre Company, and Bottom Dog Theatre Company. Indeed, I am hoping to be back at Lime Tree Theatre, myself, next March, in the company of MIDAS. So, take pride in how far we have come and have faith in the journey ahead!

‘One Man, Two Guvnors’ will run at Lime Tree Theatre from November 8-12 inclusive at 8pm. For more information please see: www.limetreetheatre.ie and the Box Office: (061) 774774. To read about Lee Dillon access: www.facebook.com/lee.dillon.106 and twitter.com/LeeAnthony94