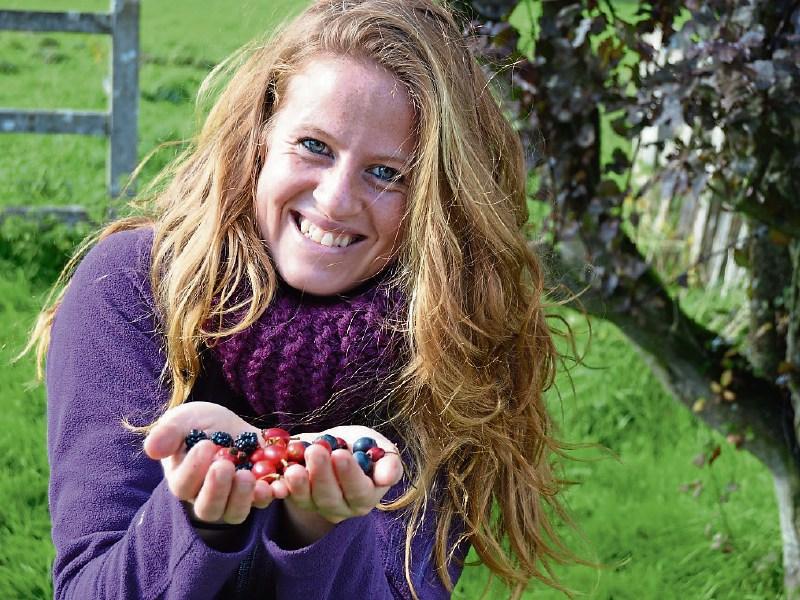 Lotte Bender has worked on many different projects, most notably taking Street Line Critics to the ‘Gaming the System’ event

Originally born (1990) in the Netherlands, Lotte Bender came to Ireland when she was six years old and grew up near Ardpatrick. Her parents are both Dutch and love the countryside but rural property in the Netherlands is very expensive. So they set their sights on Ireland where they had once had a holiday and moved lock, stock and barrel to County Limerick.

Lotte later moved to Limerick city to study, and lived there for 10 years where she went to the Limerick School of Art and Design, first studying Sculpture and Combined Media and later completing her MA in Social Practice and the Creative Environment. Her parents always encouraged her interest in art and so she named her studio in honour of them – in Dutch ‘Pa’ means ‘Dad’, and ‘Ma’ means ‘Mum’, hence PamaLotte!

When I phoned Lotte Bender one day last March she was out in the fields tending sheep, not what one might expect a fine artist to be doing on a cold morning! Lotte lives on a mountainous farm not far from Kilmallock where she has a flock of sheep and a ram, chickens, beehives and her dog Gyp.

She gets honey from the bees and from the beeswax she makes candles, lip-balm and skin creams. She also makes elderflower wine! She has a bohemian spirit.

During her MA, Lotte set up a project called Street Line Critics, which saw poems written in chalk popping up all around the city. This was a socially engaged project which brought together a network of writers who shared their thoughts, experiences and insights about particular places and routes in Limerick city using words in chalk as their medium.

They offered alternative perspectives on how we see and use our public places – opening up our streets, through their musings and observations, as a canvas to start a critical conversation with and about the city.

By providing these impermanent monuments to the everyday, they drew attention to these spaces which belong to all of us and engaged in a process of mapping out, through words, how Limerick is lived, walked, worked and used. The project also ventured to different towns and cities, most notably Sligo and Helsinki.

In 2014 a book on the project was part funded by Limerick City and County Council and was launched in the White House pub by the late Barney Sheehan. Although this project has now finished, the archive can still be viewed on streetlinecritics.net.

Lotte has worked on many different projects, most notably taking Street Line Critics to the ‘Gaming the System’ event as part of the Pixelache Festival in Helsinki, bringing the words of Limerick writers to the Kulosaari Metro Station.

She has also been part of events and exhibitions in The Model Sligo, Ormston House, The Hunt Museum and 126 Gallery in Galway. Lotte has also been involved in community organisations such as helping with the St Patrick's Day parade preparations in the Learning Hub in Limerick and giving art classes with the Daughters of Charity, Limerick.

In the last few years, Lotte followed her heart and moved back to the countryside, close to where she grew up, on a mountain on the Limerick-Cork border where she has set up an art, illustration and design studio called Pamalotte Studios.

Bender predominantly works using traditional media such as oil paint and watercolour. While working as an artist, her studio also caters to a broad spectrum of purposes.

Lotte works on oil paint based commissions, illustrations, picture-books, personal artworks and design while working on everyday designs, whether this is a poster, logo, book or other project. “I love the challenge of working a fine art eye into any design project and, where possible, giving it a more artistic feel” says Lotte.

As such while the use of technology is important, Lotte strives to keep a traditional feel to a lot of the work she does, allowing it to maintain a softness that can sometimes be lost in the digital world.

Her venture into the world of design came about when Dominic Taylor, Director of the Limerick Writers’ Centre asked her to help design and typeset their publications. This has been an ongoing partnership ever since where Lotte has been responsible for designing the Limerick Writers’ Centre and Revival Press (its poetry imprint) publications over six years.

For her it is “a great honour to continue work for an organisation which has its heart so strongly rooted in the literary community of Limerick and who works hard to have the voices of that community heard and published” says Lotte.

Currently, much of Lotte’s inspiration is drawn from her life in the countryside, with animals and nature often taking centre stage. Her illustrations come from the observation of the animals in her everyday life on the farm. Currently the farm hosts rescue donkeys, sheep, chickens, bees and last but certainly not least a little sheepdog named Gyp.

Bender has recently completed her first children’s picture book, with an environmental theme, titled Where are the Trees? This book follows two turkeys, Pip and Peter on their journey to find a tree.

Pip and Peter have never seen a tree. After hearing about trees from their grandfather they are determined to go on a journey and find one. Will they find one? And if they do will they be welcome? Where are the Trees? is primarily a story focussing on the adventure Pip and Peter embark on, however it also subtly aims to introduce prominent issues around the environment and migration.

A new picture book soon followed, and its pages are inhabited by a group of donkeys who lose their beloved carer and who go on an adventure to find her. It explores the responsibility we have towards the animals we keep and echoes the migration issues faced in the world by following their journey towards a safe place.

Lotte believes it is important to create a fun, adventurous story but always aims to weave a subtle message into the book to help children grasp issues that dominate our society today.

Lotte made sock-puppets (representing stereotypical emotions) from fabric which became the model for a series of oil paintings. In her artwork Lotte looks for the emotion and expression which creates the character. Whether through the sculptural paintings, sock puppet series or the more recent illustration experiments, the expression or absence of emotion takes centre stage.

“The often exaggerated stereotypes of emotions or perhaps the exaggeration of the absence of emotion can illustrate how an expression can feed into our perception of a character or its situation. Do we instantly categorise, stereotype or judge? And if so, what does this reveal about our interactions with each other and the world around us?” Lotte explains.

These are questions which Lotte continues to explore, often weaving stories around the characters she creates, questioning why she categorises them in some specific way and what aspect of their demeanour pinpoints this categorisation. In a society of labels it is interesting to unpick where our perceptions come from and how we reach our conclusions.

Lotte is currently researching a new project exploring the process of time passing, and its effect on objects and buildings. She is investigating the meaning that this cycle of growth and decay has in our everyday lives.

Pamalotte Studios offers a range of services from book design and typesetting, to branding and unique graphics. Lotte's works are usually commissions. If you have ever had a specific painting in mind, or want to immortalize a beloved pet, contact her for a free consultation and quote.

She offers a range of design and typesetting services to help you get your ideas out there. No project is too big or small and she has much experience in book design and typesetting. Bender can take your manuscript from initial concept to final print file. If you need a logo, business card, pop-up stand design or any other branded business material Lotte can help your business stand out! She can also create artwork for your website or promotion.

You can view Lotte’s work on pamalottestudios.com and follow her journey by tuning into her blog.