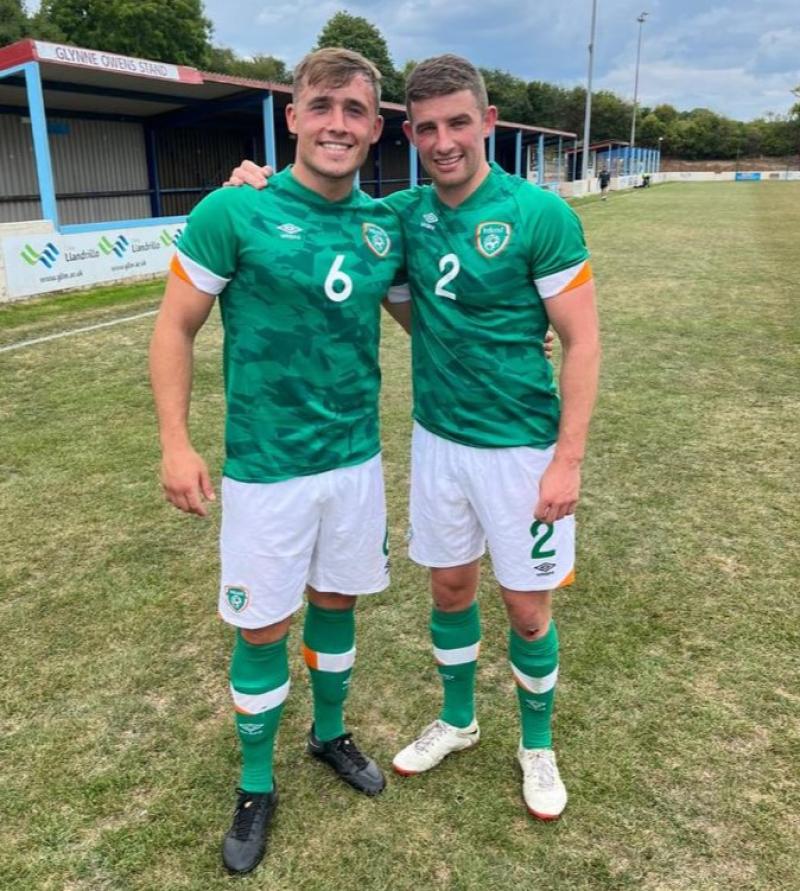 TWO Limerick-based players have been included in Republic of Ireland Amateur International manager Gerry Davis' squad for the upcoming double-header against Northern Ireland.

Defender Chris Smith, of Aisling Annacotty, and Fairview Rangers' midfielder AJ O'Connor are named in the 18-man squad for the two international fixtures.

Gerry Davis' side are in fantastic form having secured two wins over Wales last month, a 2-1 win at Turner's Cross with goals from Eoin Murphy and Luke Casey before travelling to Wales for the return fixture.

First-half goals from Nathan Broderick and Stephen Chambers secured the second victory, a 2-0 win in Colwyn Bay as Ireland head into these two fixtures with plenty of confidence.

"No doubt, Northern Ireland will be a tough test for us but I've been really happy with the development of the team over the course of the last two internationals," said manager Gerry Davis.

"We secured the win in Cork over Wales with a great performance but two stunning goals as well. In Wales, we took an early lead and I was delighted with the way we controlled the game from that point onwards and managed it brilliantly to get the result.

"We've got to take those learnings into these next two games and it would be great to get a good crowd for the return fixture next week at Whitehall. We're looking forward to it, playing for your country at any level is a great honour and particularly, playing Northern Ireland gives it that extra derby element which we're looking forward to."