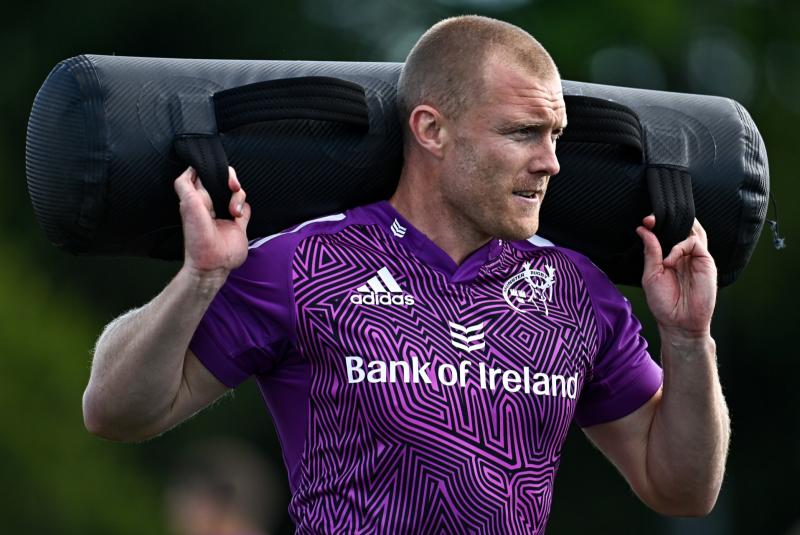 MUNSTER Rugby will welcome back their Ireland internationals for this Sunday's United Rugby Championship round two fixture with the Dragons at Rodney Parade, 3pm.

The returning players were part of the Ireland squad which scored an historic series win in New Zealand in July, including the likes of Tadhg Beirne, Peter O'Mahony, Conor Murray, Joey Carbery and Keith Earls.

The Ireland internationals are available for selection for Sunday's game with the Dragons when Munster will be looking to bounce back from their opening weekend defeat to Cariff at The Arms Park.

However, it has also been confirmed that the 10 Munster players selected for the upcoming Emerging Ireland tour to South Africa will not be available for selection. The 10 Munster players named in that squad include Thomas Ahern, Diarmuid Barron, Jack Crowley, Shane Daly, Antoine Frisch, John Hodnett, Alex Kendellen, Calvin Nash, Roman Salanoa and Josh Wycherley.

The Emerging Ireland squad begin their tour with a fixture against the Windhoek Draught Griquas in Bloemfontein on Friday, September 30.

The Munster squad began their training week at the High Performance Centre at UL on Monday ahead of Sunday’s BKT URC round two clash in Wales against the Dragons.

In injury news, Stephen Archer has returned to full team training this week following a recent thigh injury and is available for selection at the weekend.

Alex Kendellen was removed with a head injury during the Cardiff game on Saturday and will follow the return-to-play protocols.

Rory Scannell suffered a facial injury during the warm-up in Cardiff and will be monitored during the week for return to contact.

Simon Zebo and Mike Haley will be monitored this week on their return to training and availability will be determined later in the week.