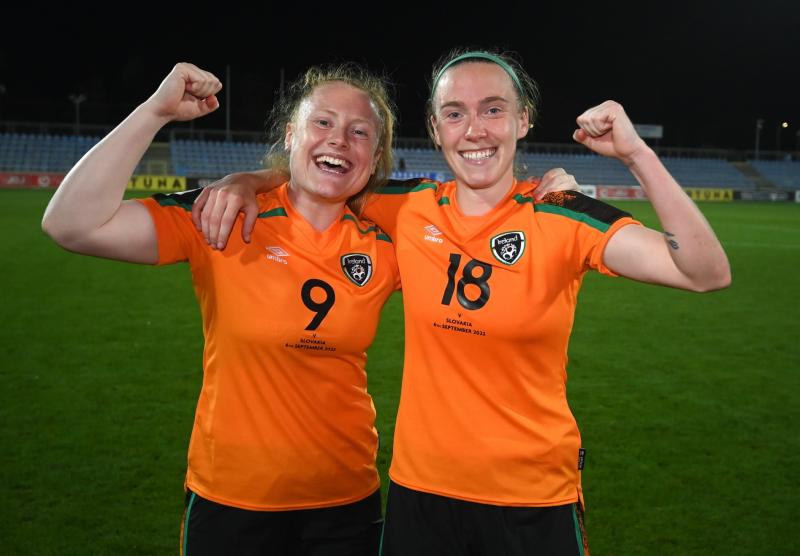 LIMERICK woman Claire O'Riordan played a leading role as the Republic of Ireland women's side boosted their hopes of qualifying for next year's World Cup after securing a gritty 1-0 victory over Slovakia in Senec on Tuesday.

The three points saw the second-placed Republic of Ireland secure a first-round bye in the Women's World Cup play-offs, and ensures the Girls In Green finished their Group A campaign with a win. The play-off game will take place on October 11.

The game saw talented Newcastle West woman Claire O'Riordan come into the starting team in place of Megan Connolly who was ruled out with broken ribs. It was O'Riordan's first competitive start since 2018 in the international fixture with Norway.

The highly-rated Limerick woman turned in an impressive display as Denise O'Sullivan's first half goal helped the Rep of Ireland claim a precious win.

Ireland will learn their play-off opponents when the draw is made this Friday. Vera Pauw's side is looking to qualify for the World Cup finals to be staged in Australia and New Zealand next July and August for the first time.