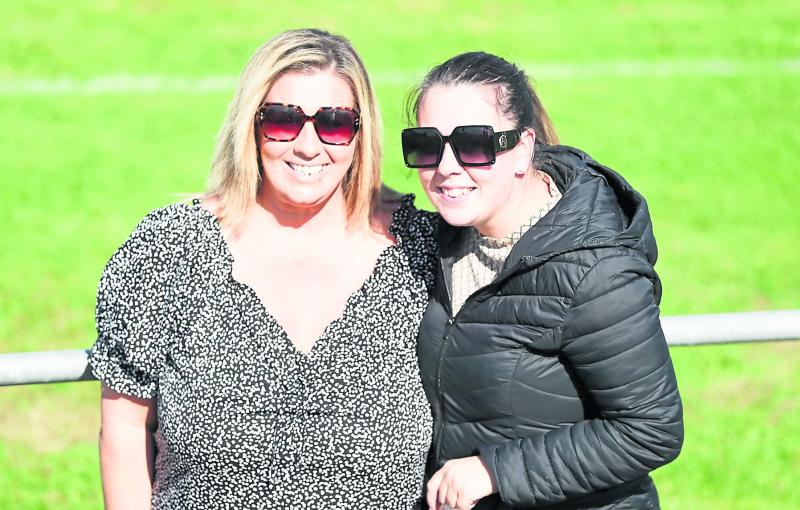 GERALDINES regrouped over the summer and Murroe had the misfortune to meet them in their opener as the ‘Dines ran in seven without reply courtesy of Jason Hughes 2, Kane Connolly 2, Gareth Grant, Cian O'Donoghue and Scott Kelly.

Hyde Rgs A marked their return to the second tier with a 2-1 win over Aisling Ann B.  Ben Kennedy and Evan Shine netted the winning scores.  Goals from Jack McGuire, Shane Lyons and Dylan O'Brien saw Kilmallock past Moyross.

A double from Danny Taylor saw Athlunkard Villa beat Cappamore 2-0 while Fairview Rgs B hit Corbally Utd for five thanks to scores from Zak Sheehan 2, Tyrique Leamy 2 and Jack Cross.

In Division 1A Caherdavin Celtic marked their return with a slender win over Holycross. Kevin McNamara scored the only goal of the game.

Summerville Rvs edged out Ballylanders by the odd goal in three. Emanuel Alfred and Evan O'Grady scored for the winners.
It was also a 2-1 result when Knockainey accounted for Star Rvs. Chris Crotty scored both for the county side. Eoin O'Regan replied for Star.

Regional Utd B continued from where they left off last season hitting fellow promoted side Pallagreen for seven through Stephen Coughlan 2, Dave Bourke 2, Ben Carew, Jeff Mannion and Gerry Fitzpatrick.

In Division 1B, Newport B opened with a 2-0 victory over Patrickswell with Jamie Kavanagh and Darren Gleeson on the mark.
Josh Smith, Ben Doherty, Martin Wallace and Brian Fitzgerald scored for Shelbourne in a 4-2 win over Glenview.

Goals from Gary Joyce, Dave Power and Bryan Sheehan gave Wembley Rvs the spoils in a 3-1 win over Janesboro B, Aaron Quinlivan replied.

On Sunday, Newport and Wembley played out a scoreless draw. Caherconlish with goals from William Hourigan and Robert Brock took the spoils at Parkville while Mungret edged out Shelbourne by the odd goal in five. Aaron Hughey, Mike Uwatse and Cathal Woods scored for the winners.

In Div 2A,  Corbally recorded an impressive 4-1 win at Athlunkard Villa. Richard McMahon, Rian Barrett, Eben Burke and an own goal accounted for the winning scores.

Nistor Toderici scored for Nenagh B but they went down 2-1 to Lisnagry A with scores from Niall McGrath and Danny Byrnes.
Conor McHugh netted for Newport C but a hat trick by the evergreen Philip Clancy gave Murroe B a 3-1 win.

Croom made an impressive start in Div 2B when they beat Abbey Rvs 7-1 thanks to goals from Kevin Laffan 3 Dylan Murphy 2, Josh Shinnors and Gary McInerney.

Adam O'Neill, 2, Garrett Higgins, Craig Casey and Noel Shanahan scored for Hyde B in a 5-0 win at Dromore Celtic while Shels went down 4-0 at home to Herbertstown. Oisin O'Grady 2, Mike Whelan and Ian Finn were on the mark.

In Division 3A, a Timmy Hogan hat trick led Northside to a 4-2 victory over Parkville B. Jordan Franklin was also on the mark for the winners.

An Eddie Radcliffe double gave Balla B an opening day 2-1 win over Mungret Reg D for whom Peter Myers netted.
Knockainey B and Brazuca United played out a 3-3 draw at the county venue. Adam Hanley and Liam Enright 2 scored for the home side.

It also finished 3-3 in the other game between Newtown Rovers and Lisnagry B.

In Div 3B Brazuca B hit Nenagh C for six courtesy of Matias 3, Cristian, Guilherme and Leo.

Carew Park B returned with a win over Newtown Rgs B. Brendan Woodgate, Glenn O'Connor and Jeffery Dore scored for the winners while Conor Slevin scored Town’s reply.

A hat trick from Jamie McNamara and a goal from Dylan Meehan saw Granville Rgs edge out Herbertstown B in a seven-goal thriller. Declan Kenny, David Storan and Jake Russell replied.

Summerville Rvs B went down at home to Geraldines B thanks to scores from Joe Keane, Damien Carmello and Paudie Reale.
A pair of hat tricks from Reece Kelly and Daniel Colbert along with a goal from Osama Sadoudi helped Prospect to a win over Caherdavin.

Moyross B and Corbally Utd C played out an exciting scoreless draw in Moyross.