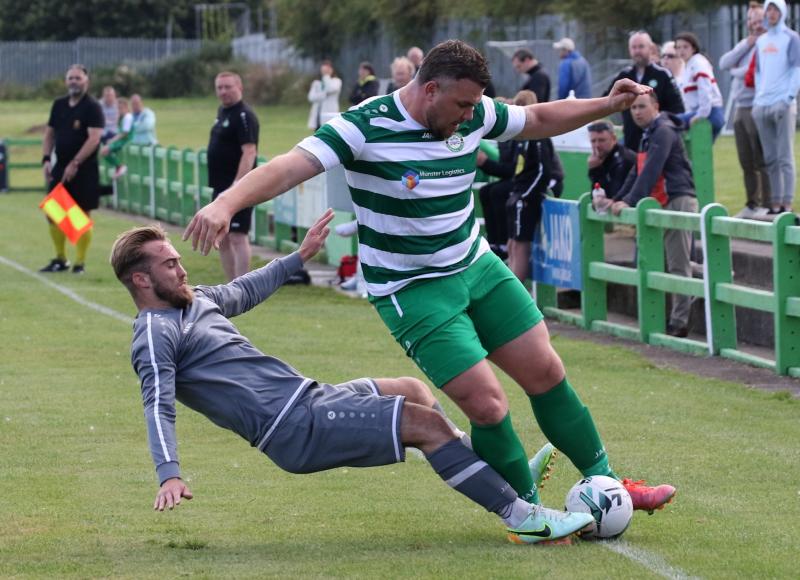 Premier League champions Pike Rvs began the defence of their title in winning fashion when a late goal saw them pip Ballynanty Rvs for all three points.

In a rather drab game, neither goalkeeper was overly tested in the tie.
Both teams had a couple of new faces on show and they acquitted themselves while Kyle Duhig turned in a fine display for the winners.

The game was heading for a scoreless draw when Mikey Conlon chased what looked like a lost cause and was rewarded for his efforts when Stephen McNamara’s clearance struck the striker and rolled into an empty net to seal the points.

Fairview Rgs, pipped at the post for the title last season, are determined to go one better this time out and they started in fine fashion with a 2-1 win over Coonagh.

The visitors put up a fine showing and could have taken the lead before half time.
However, after the restart Conor Coughlan netted for the home side and minutes later Conor Ellis was fouled to allow Steven Bradley double the advantage from the spot.

Daniel Ikoghode pulled one back for Coonagh but the home side held on for the win.

Much has been made of Aisling’s summer transfer activity and they opened their campaign with a blistering opening 45 minutes that saw Shane Clarke, Liam Quinn,

Shane Tracy and AJ Moloney give them a four-goal cushion at the break.
Charleville were much better in the second half but could not deny Clarke a second to complete the scoring.

Two of last season’s top six sides, Regional and Nenagh battled it out in Dooradoyle with the home side posting a 2-0 win.

Felipe Mostowy opened his Regional account to put United on their way and Kieran O'Connell tacked on a second.
Nenagh found their feet thereafter but could not find a way past Rob Shier in the home goal.

Carew Park marked their return to the top flight with an opening day win at Mungret.

Former Treaty Utd star Kieran Hanlon put Carew in front but Cian McNicholas levelled for the home side. Aaron Nunan topped a perfect debut with the winning goal for Mark Slattery’s side.

Two sides who struggled to hold onto players over the close season met in Pearse Stadium and Boro' ran in six goals against a makeshift Prospect XI.

Youth player Cillian O’Shea scored a brace on his debut as did Hamza Selman Celik.

Bradley McNamara and Eoghan Burke completed the scoring for the winners while Osama Sadoudi netted for Prospect.