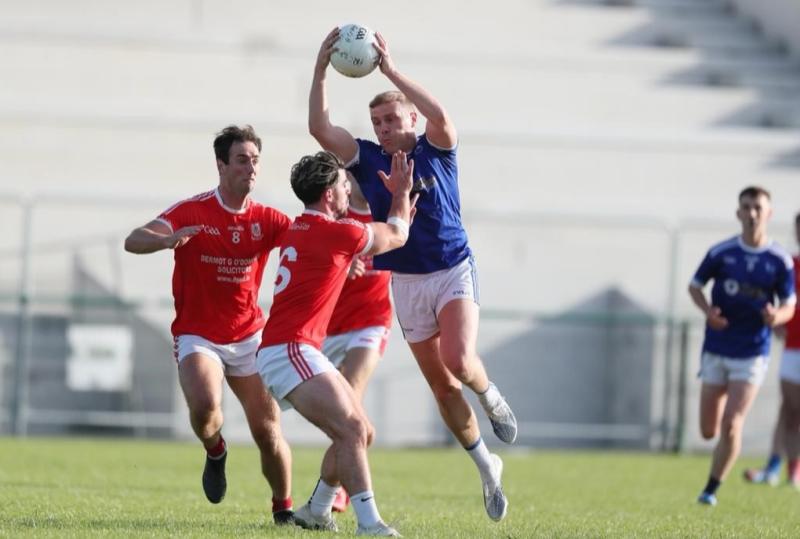 IN-FORM Fr Casey's made in three wins from three in the group stages of the Irish Wire Products Limerick senior football championship thanks to a convincing 0-15 to 0-8 victory over Monaleen at Mick Neville Park on Thursday evening.

After an evenly-contested opening quarter in which the sides were level on four occasions, wind-assisted Fr Casey's racked up five points without reply, including a smashing effort from captain Cormac Roche before the break, to lead 0-8 to 0-4 in this Group 1 contest at half-time.

Monaleen, who were without the services of the like of their influential Limerick senior play player Brian Donovan and Limerick U20 hurler Donnacha O'Dálaigh, played with the aid of a stiff breeze in the second half.

However, the quick start to the second period the city side craved didn't materialise with Martin Scannell landing a 32nd minute free for the Abbeyfeale side to stretch their lead to five points.

The winners outscored their opponents by 0-7 to 0-4 in the second half to run out deserving winners, with substitute John Riordan and Chris Smith completing the scoring for the West Limerick side with late points.

Fr Casey's scored 12 points from play in all, scored by eight different players, as their attack performed with a much greater degree of fluency than their opponents who found scores hard to come by.

Fr Casey's will look to make it four wins on the bounce in Group 1 when taking on Galbally on Thursday evening next in Round 4 of the championship in Kilmallock while Monaleen, who have won one of their three opening group games, face Oola in a crucial fixture in Cappamore on the following evening.