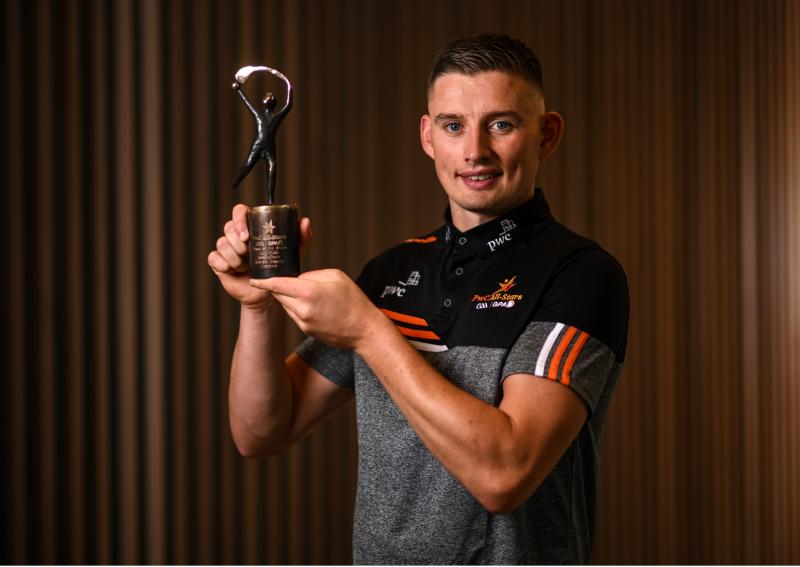 St Patrick's clubman Hegarty once again delivered for Limerick on the big day, blasting 1-5 in the Liam MacCarthy Cup decider win over Kilkenny.

That took his total in finals to 3-14 as Limerick competed an All-Ireland three-in-a-row.

Shane Walsh (Galway) won the PwC GAA/GPA Players of the Month Award for July-August in football.

Katie Nolan (Kilkenny) and Niamh O’Sullivan (Meath) were the winners of the PwC GPA Women’s Player of the Month Awards for camogie and football respectively.

PwC are sponsors of the Player of the Month Awards in football, both men’s and women’s, camogie and hurling. The winners are voted for by the GPA’s membership, with July and August taken as a single block on this occasion to ensure all four All-Ireland finals were covered in the same awards.

Uachtarán Cumann Lúthchleas Gael, Larry McCarthy said: “Both individual and team performances soar in quality as the championships progress and this month’s PwC Player of the Month winners underline the excellence that we have come to expect in the latter stages of the season.

“Gearóid Hegarty has acquired an enviable reputation of a man who produces his best on the big stage, and this was the case again last month in the final against Kilkenny. Similarly, Shane Walsh produced a virtuoso performance against Kerry scoring nine points from a variety of angles and areas of the field in what was a masterclass in finishing.

“Congratulations also to Niamh O’Sullivan who helped Meath to a second consecutive Ladies Football All-Ireland and to Katie Nolan who played a starring role in Kilkenny’s march to another camogie title.

“Your respective awards are richly deserved and congratulations to you all.”

Speaking on behalf of the GPA, CEO Tom Parsons said: Congratulations to our four winners whose performances more than merit this recognition.  They were vital cogs in the wheel for their respective counties and should be proud to be rewarded in this way by their fellow players.  Gearoid, Katie, Niamh and Shane – very well done.

“On behalf of players across Ireland I want to again note my thanks to PwC for their ongoing support. They have been a long term friend and partner of our membership and that is very much appreciated. Thank you too to the GAA for their partnership on these awards.”

Commenting on the announcement, Feargal O’Rourke, Managing Partner, PwC, said: “To be named as Player of the Month in their respective codes is a huge achievement and honour and all of us at PwC are delighted to sincerely congratulate Katie, Niamh, Shane and Gearóid on their awards.

“All-Ireland finals are the biggest stage that players in Gaelic Games aspire to and each of them delivered incredible individual performances, while working as part of a team, when the pressure was at its most intense.

“It is a source of great pride for us at PwC that we partner in this awards scheme as it reflects our own values as a firm, acknowledging the skill, effort, dedication and determination of women and men equally.”