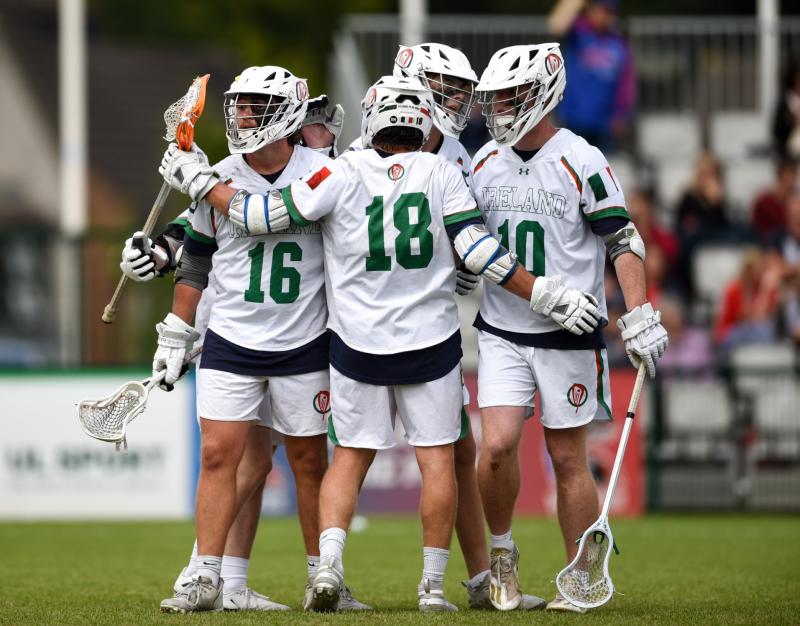 THE Ireland U21 team played there first knockout game of the Men’s U21 Lacrosse World Championship against the Czech Republic at ULs Maguire Field on Tuesday.

Ireland managed to make it four wins in a row in the tournament when easing past the Czechs, recording an impressive 9-4 victory.

The Czech Republic managed to win the first face of the match and put the pressure on the home team. The Irish defence stood strong for the opening minute, however.

As they drove up the field on the counterattack Conor Foley managed to goal to give Ireland the lead.

During the next few minutes of the quarter, the Czechs took control of the ball and they eventually broke through what had been a resolute Irish defence.

With eight minutes to go Czech Republic managed to level the tie. In the next play Ireland broke away through Jack Galvin who fed the ball to Sean Horkan to give his side the lead again.

Foley then added a third goal straight from the face off as Ireland led by two at the end of the first quarter, 3-1.

The Czechs flew out of the blocks in the second quarter levelling the tie with two quick goals inside the first eight minutes of the restart.

Ireland then looked under pressure with five minutes to go before half time. This was until Aidan Dempsey came off the bench to score. The last goal of the half came from the Irish side again from the aforementioned Foley.

Ireland were starting to control the play after the break with the defence holding strong and Jack Galvin covering every blade of grass in UL. This control led the Irish side firing into two more goals from Foley and Dempsey who were causing havoc every time the ball came near them.

The Czechs responded just before the end of the third quarter leaving three goals between the sides heading into the final term.

The Irish completely controlled the ball in the last quarter of this tie as they closed out the win. As they had the majority of possession they inevitably managed to net two more goals from Foley and Dempsey as they ran out five goal winners at full-time.

Ireland will play Canada at lunchtime on today, Wednesday in their next knockout game.