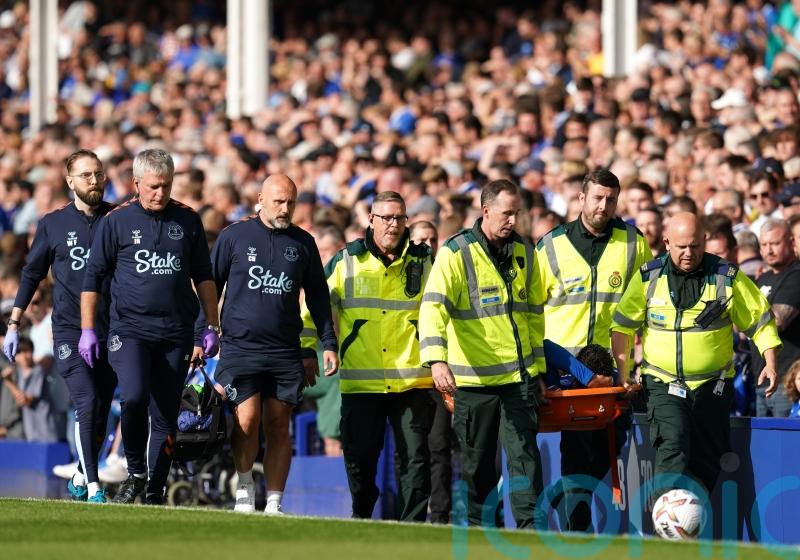 Everton manager Frank Lampard is weighing up his options after losing Ben Godfrey for two to three months with a broken leg in the 1-0 defeat at home to Chelsea.

Godfrey was carried off on a stretcher with what was later diagnosed as a fractured fibula just 10 minutes into their Premier League opener, while fellow defender Yerry Mina limped out of the game with 20 minutes to go.

Lampard insists he has the cover to cope, but having already been linked with a move for Wolves captain Conor Coady it is possible he will step up his efforts to bolster a defence which is still awaiting Seamus Coleman’s return from injury.

“It’s a small fracture of his fibula bone. We are thinking two or three months, that is a really quick assessment,” said Lampard on Godfrey’s injury.

“Yerry, I have got no idea, we are assessing that. But Mason (Holgate) comes on for Ben, we have got cover there, and I brought Ruben (Vinagre) on to be more aggressive – and we have got Keano (Michael Keane) again.”

Lampard is close to making his fourth signing of the summer, with Lille midfielder Amadou Onana having watched the game at Goodison Park after his medical ahead of a £33million move.

“We are nearly there. He is fantastically-talented young player with great attributes,” the Everton boss added after Jorginho’s late first-half penalty inflicted defeat.

“We have followed him for a long time. I think he is going be a really good player.

“He is a really good all-round midfield player but he is a young player so we have to be patient with him.”

Chelsea were by no means fluent but boss Thomas Tuchel was satisfied to get three points on the board with a first victory in five visits to Goodison Park.

“It is always about the win when you play in the Premier League. A win is a win. That is most important,” he said. 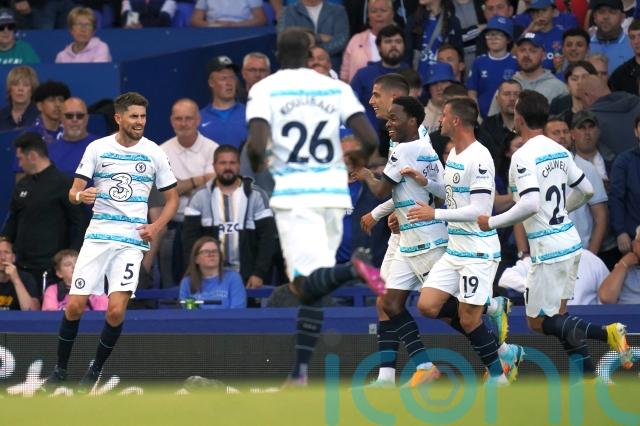 “It is very important to build up confidence, belief and an atmosphere and also be open for criticism.

“We struggled for the last years to win here and we got a win, we got a clean sheet and from here we go.”

Having given new £60m left-back Marc Cucurella a debut off the bench Tuchel is ready to allow Marcos Alonso to return to his Spanish homeland after the defender asked to be left out of the squad.

“That is the case. He tries to leave and we agreed to this wish and that is why it would not have made sense to put him on the pitch today,” he added.

“He would have been on the pitch otherwise but I think it was the right thing to do.”