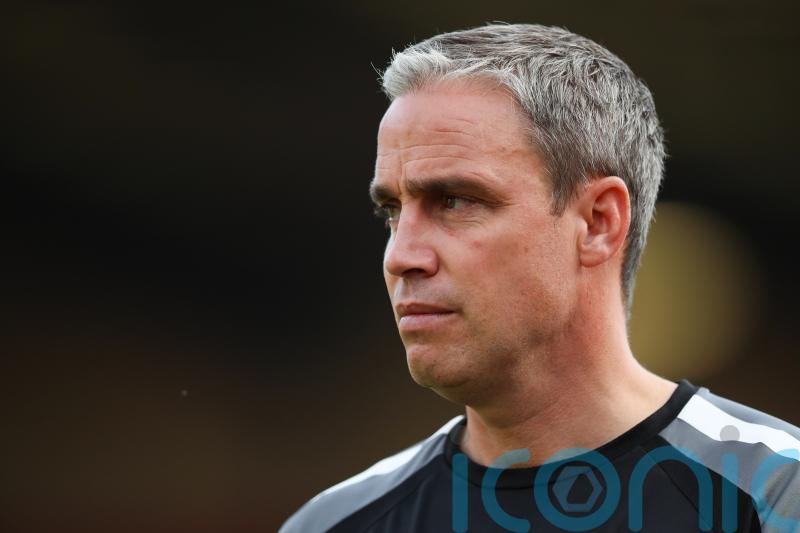 Barnsley head coach Michael Duff praised the quality of Luke Thomas, who scored the only goal as they beat Cheltenham 1-0 at Oakwell.

The winner came in the 66th minute when Thomas, who drove forward after intercepting a loose pass, hit a fierce strike into the left side of the goal to beat Luke Southwood.

Liam Kitching almost added a second in the final minute, but his effort went just over the bar.

Former Cheltenham boss Duff said: “I was disappointed when we went in at half-time, but we found a way to win. We started the second half really well.

“We got a clean sheet, a goal and a win, that’s the three things you want to get ticked off.

“Cheltenham have unbelievable spirit, they were a hard nut to crack.

“I thought last week was a wake-up call for a few of the lads; League One is a tough league.

“Hopefully, the fans recognise the lads have given everything to win a game.

“I’m pleased with the performance, we won the game. Winning is a habit and the players and the club haven’t been in that habit.”

On Thomas’ performance, Duff said: “He’s got quality, he’s highly thought of, he’s fit. Last week we didn’t have enough players running forward. We know Luke will do that.

“I pick players based on what I see in the week, the best trainers will play.”

Cheltenham boss Wade Elliott said: “We didn’t pass it like we did last week, and we didn’t quite have the same cutting edge.

“We expected that because we knew what type of game it would be.

“We knew we’d have to fight for second balls and that they’d be happy to sit into a back five.

“I expected it to be a scrappy game, and in those aspects I was happy.

“We weathered a spell of pressure early in the second half and saw it out. The changes made an impact, too. When the goal came it made it very difficult.

“We restricted them to very few chances. I thought Caleb Taylor did very well.”

On the absence of Ben Williams, Elliott commented: “He’s got a back injury that wasn’t worth risking. We’re looking more at next weekend on a return for him.”