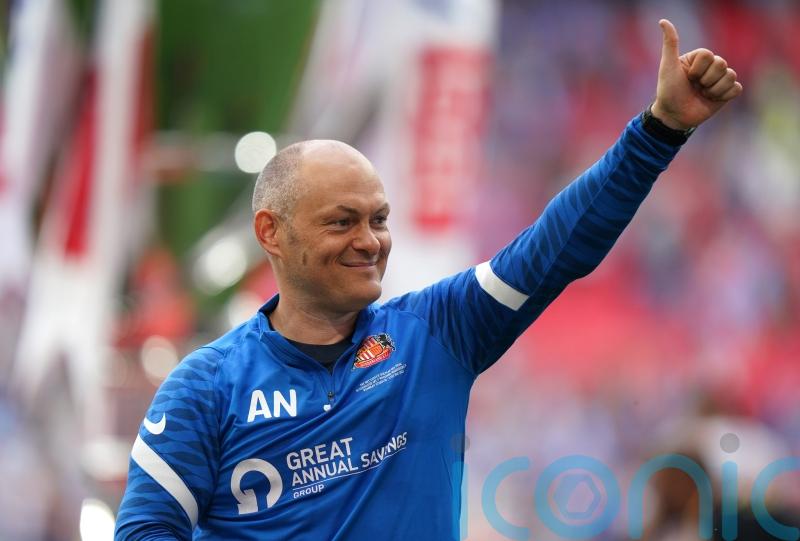 The contributions of strikers Ellis Simms and Ross Stewart delighted Sunderland boss Alex Neil as his newly-promoted side took three deserved points from a 3-2 win at Ashton Gate.

Everton loanee Simms marked his debut by shooting the visitors in front inside four minutes and fired a second to equalise after goals from Andreas Weimann and Chris Martin had put City in front.

Stewart headed the winner from Alex Pritchard’s 72nd minute cross to send the travelling fans in a crowd of more than 24,000 into wild celebrations at Ashton Gate.

“Ellis is powerful, but he’s a rarity because he is also quick and the two of them complement each other really well.

“We signed him to push Ross, but also to play alongside him and give us a different dynamic, which was there for all to see.

“We now have two lads up top, who we can play the ball up to and both have goals in them.

“If there was disappointment, it was in the goals we conceded. For some reason we tried to play offside and conceded as a result.

“Their second goal was as soft as you will see at this level. We got done by a one-two and then didn’t cover the space in the middle quickly enough.

“That was so weak. But we didn’t feel sorry for ourselves and it was after that goal that we played our best football.

“Their keeper (Dan Bentley) has made an unbelievable save to deny Ellis a hat-trick and I felt we could have scored more than three goals.

“Bristol had some good spells in the first half, but we were really dangerous even then and deserved to win.

“Between their second goal and the last eight minutes we were totally dominant.”

City’s day began badly when midfielder Matty James was forced to pull out of the game after suffering a calf injury in the warm-up, Han-Noah Massengo taking his place.

But home boss Nigel Pearson admitted: “While we missed Matty’s quality on the ball, it is not a day for excuses.

“If we continue to defend like that, it will be a long season. Last week at Hull I could argue that we were unlucky, but I certainly can’t say that today.

“The goals we let in were really poor. That’s five we have now conceded in two games, so we are giving ourselves far too much to do.

“The first was an individual mistake and the second came from our throw-in. The third was just too easy for them.

“We had the chance to show a big crowd what we are about and didn’t take it.

“To score twice at home and not take anything from the game is disappointing. We got ourselves into a winning position, but couldn’t capitalise.

“Although we had enough chances to take something, we can have no complaints.

“Credit them for putting us under pressure. Their front two were lively, but we made basic errors, which we have been punished for.

“It’s a big frustration. We have dominated possession, but not been able to do enough with it.

“The big thing, though, is our defensive frailty and that is a problem we have to solve.”