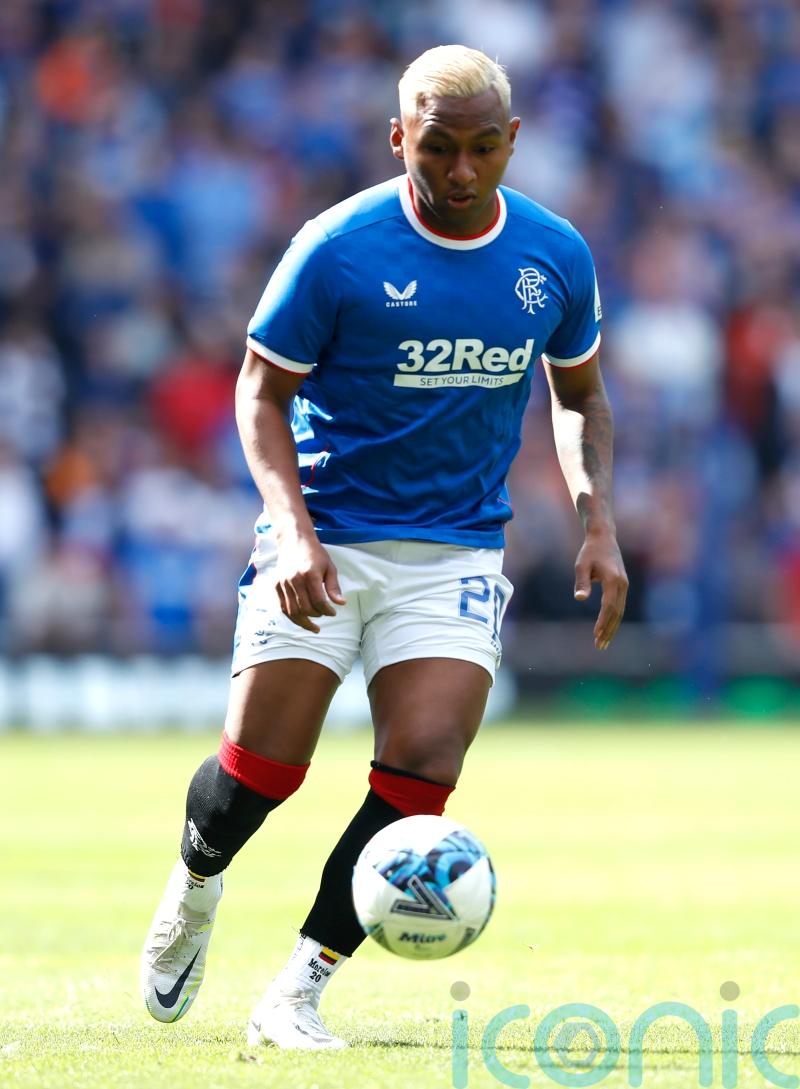 Giovanni van Bronckhorst welcomed the long-awaited return of Alfredo Morelos after the Rangers striker climbed off the bench to seal a 2-0 cinch Premiership win over Kilmarnock at Ibrox.

It was a bit of a struggle for the home side but Antonio Colak fired in his first Gers goal in the 51st minute and there was more good news for the home fans when Morelos, fit again after being out since March due to a thigh injury, was brought on just after the hour mark before netting the second from close range with two minutes remaining.

The Gers boss was glad to see the popular Morelos back in action ahead of Tuesday’s Champions League qualifying clash with Union Saint-Gilloise, where the Light Blues look to a recover a 2-0 first-leg deficit.

“It was his first minutes for Rangers after five months,” said Van Bronckhorst, who revealed the Ibrox club are “working hard” to get attacker Ryan Kent, who missed out again with an ankle knock, fit for Tuesday.

“If you think about it, it is a really long time and almost half a year.

“It was good to have him in the squad. You can see what he brings, not only to the squad but also the way the fans treated him when he came on.

“That is also what you have when he plays and he is always capable of scoring goals.

“For him, I think these first minutes of the season and after five months was very important and I am sure he will only get stronger with each game that he is going to be involved.

“And I’m happy for my two strikers. Antonio’s first goal and Morelos as well. So that’s always good to have them on the scoresheet.

“I’m of course happy with the three points. That’s what we need every week.

“The way that you get to the three points is different every week. In the first half we were struggling to get some real good opportunities.

“We started really well against a Kilmarnock team who were delaying the play and making it really difficult for us to create any chances.

“But we’ve played many games like this before. In the second half you hope it will open up. That happened today.

“We scored some good goals and got a clean sheet and now we’re working hard for Tuesday.”

Killie boss Derek McInnes thought 2-0 was “a bit harsh” on his newly-promoted side and put the defeat into context.

He said: “Disappointed we lose the second goal in the end. But there has to be a huge dose of realism here.

“Just a couple of months ago we are trying to get out of the Championship and Rangers are competing in a European final.

“We are frantically trying to put together a squad which helps us compete and bridge the gap. We have not spent any money.

“I don’t think my keeper has had too much to do. I know (Tom) Lawrence has hit the bar and Rangers enjoyed a lot of possession as we knew they would do.

“But by and large we were hoping to get to half-time with 0-0 at least and I was pleased to do that.

“I thought the discipline was good. There’s no doubt Rangers were the better team but we are disappointed with the goal we lose to Colak and then Morelos comes on. They have a rich array of talent and the two of them are good enough to seal the deal.”