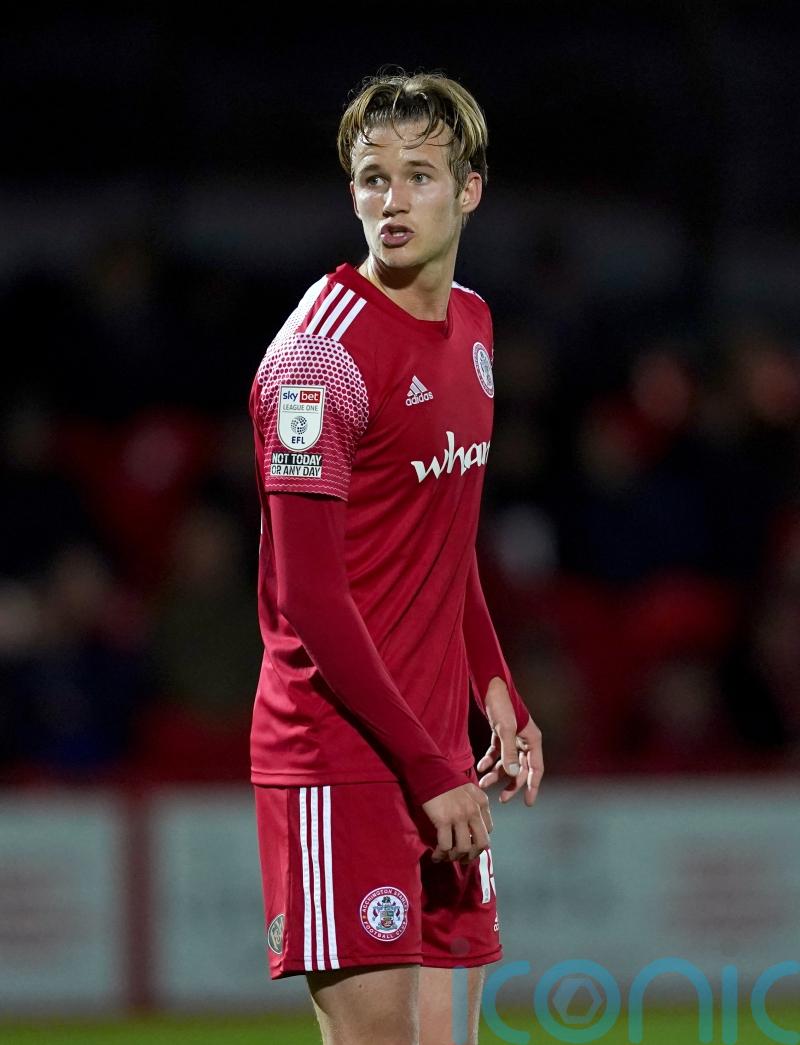 Tommy Leigh scored the winner as Accrington snatched a battling 1-0 away win over 10-man Shrewsbury.

Midfielder Leigh’s 77th-minute header proved the difference between the two sides as Stanley made their one-man advantage pay.

Defender Tom Flanagan was sent off in the 57th minute for a second yellow card after a silly foul which ultimately cost the home side dear.

Harvey Rodgers headed over for the visitors, while forward Ryan Bowman was thwarted by a fine save from Burnley loan goalkeeper Lukas Jensen.

Bowman had another great chance to break the deadlock not long after, but he dragged his shot wide of the far post.

Scottish midfielder Ethan Hamilton tried his luck from distance, but Shrewsbury’s Slovakian shot-stopper Marko Marosi produced an excellent save to deny him.

Jensen pulled off a superb save to block Julien Da Costa’s goalbound strike, before Flanagan was sent off for a clumsy foul.

Mitch Clark then provided the cross for Leigh to win it for the visitors as they claimed their first victory of the Sky Bet League One season.