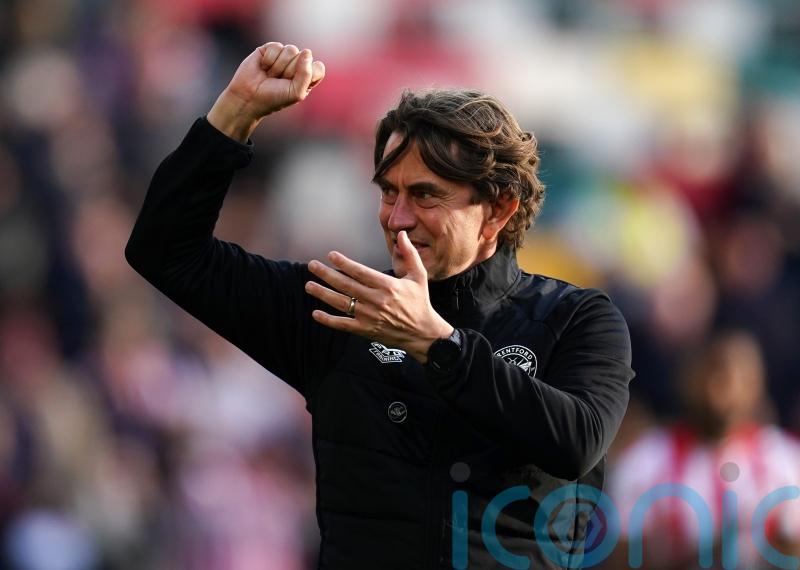 Thomas Frank says Brentford remain in the market to land a “key player” before the transfer window closes.

The Bees are gearing up for their second season in the Premier League and will open their campaign with a trip to Leicester on Sunday.

Brentford finished an impressive 13th last term but Christian Eriksen, who stared for Frank’s side, has since moved to Manchester United.

Brentford have bolstered their squad with the arrivals of Aaron Hickey, Keane Lewis-Potter, Thomas Strakosha and Ben Mee, while Mikkel Damsgaard could follow after Sampdoria reportedly accepted a bid for the midfielder.

“We’re definitely still in the market,” said Frank. “We’re still out there looking and searching to see if there’s someone.

“I am, overall, satisfied with the squad. I think we have the number of players we need for each position in defence, midfield and attack.

“Can we get that key player for the right price with the right abilities? We are definitely open to it. But it’s not that we need to get a player in.

“Maybe one or two still, potentially, could leave. But again, that depends if there’s more incomings or not, or how the squad is developing and injuries and so on. That will be discussed more in the coming weeks.”

Brentford’s tally of 46 points last season was one more than the other two promoted teams – Watford (23) and Norwich (22) – combined.

That pair are back in the Championship this season and although Frank concedes a relegation scrap is possible, he is confident he can keep Brentford in the top flight.

He added: “It is very important for us that we are an asset to the Premier League.

“We are very aware that we are a small club, probably still in the bottom two budgets. We have a good team, a good squad, and a good culture.

“I know there is a risk of relegation but I am a positive man and I am always looking up. I have a strong belief that we can do better than last year.

“This is the Premier League and the margins are so small, but we will do our very best to attack.”