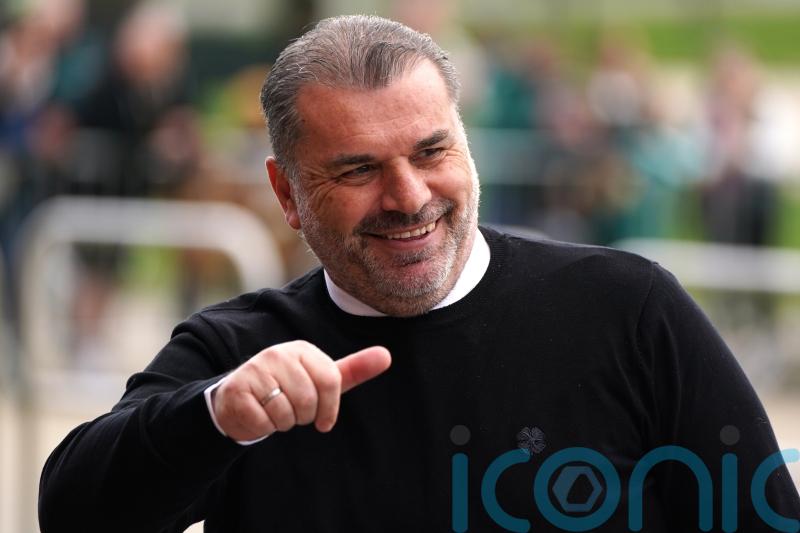 Ange Postecoglou recalled the night when the Global Energy Stadium felt like Celtic Park as he prepares for the trip to play Ross County on Saturday.

The Hoops manager’s first away game against the Staggies last December ended in drama when Anthony Ralston headed in the winner for the 10-man Hoops in the seventh minute of added time to keep Celtic within touching distance of then champions Rangers.

Postecoglou celebrated the last-gasp goal, which gave the visitors the 2-1 win, as enthusiastically as the ecstatic travelling support and Celtic eventually overtook their Old Firm rivals to bring the title back to Parkhead.

Postecoglou expects another tough test in Dingwall, despite the venue being in stark contrast to the sold-out Celtic Park which watched the Hoops get their title defence off to an encouraging start last week with a 2-0 flag-day win over Aberdeen.

He said: “Every game and situation has its own challenge.

“Obviously Ross County are a good side, they make it hard for the opposition whoever goes there.

“I can tell you that when Anthony Ralston stuck one in in the last minute it felt like Celtic Park in those moments.

“The atmosphere is still pretty decent so, for us, we have just got to focus on playing our football, whatever challenge there is.

“What we showed last year, and so far this year, is that irrespective of what has been put before us, if we can play our football, stick to the task and be disciplined then we are hard to stop.”

The former Australia boss recognised the significance of Ralston’s goal and the win in Dingwall, “in terms of the resilience I kept talking about during the year”.

He said: “We were on fumes at the time, we had quite a few players out, we were playing games without a lot of depth in numbers, it was a difficult place to go to, Ross County were playing aggressive football and we were down to 10 men. That’s where you build resilience.

“There was probably half-a-dozen excuses we could have used that day to not win that game, we chose an alternative path and I thought that held us in good stead for the rest of the season.”

Postecoglou paid tribute to former Celt John Hughes who recently died at the age of 79.

The Coatbridge-born attacker scored 189 goals for Celtic from 1959 to 1971 and won a European Cup winners’ medal in 1967, although he did not play in the final.

Hughes played in the 1970 European Cup final defeat by Feyenoord after scoring in the second leg of the last four against Leeds at Hampden Park, before joining Crystal Palace in 1971.

The Hoops boss said: “An enormous legacy and one of the icons of this football club, one of the legends and what a player.

“You revisit this stuff and you look at the vision of him and for such a big guy – what a player.

“You talk about size and strength but also the ability to score goals and he loved this football club and is one of the greats.

“Ultimately for all of us, we just want to be remembered for our time and he is right up there, one that will always be remembered.”