Jack Ross: Leading Dundee United to famous victory over AZ was a privilege 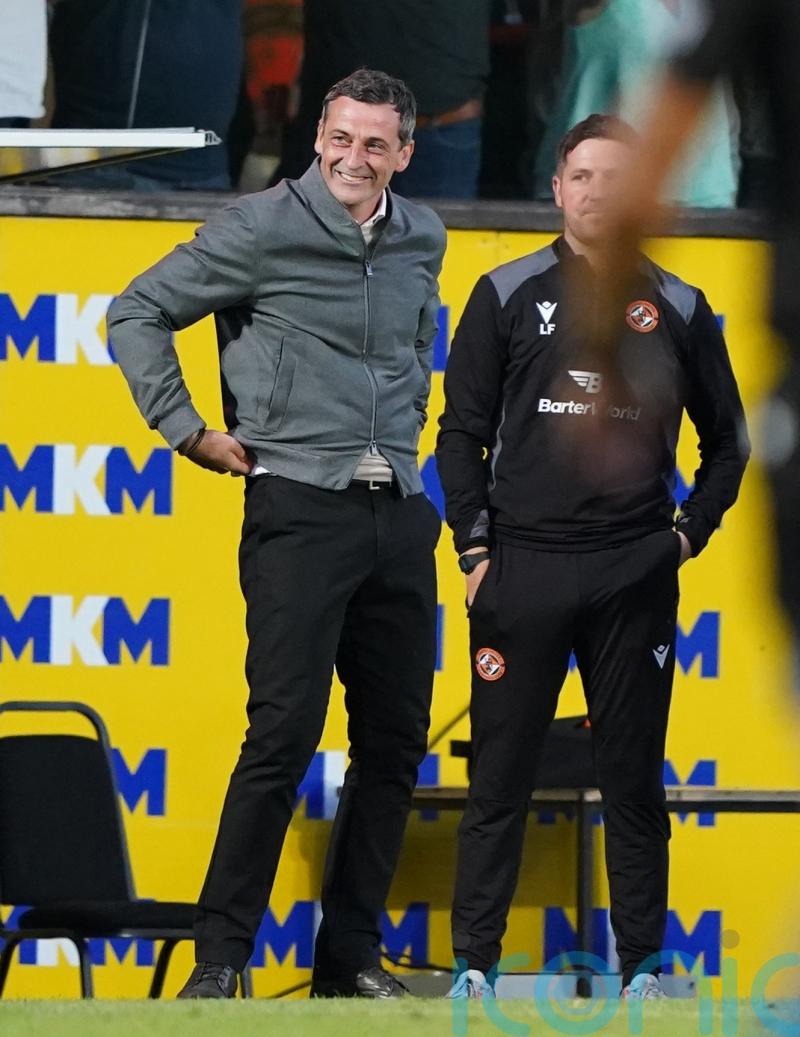 Jack Ross described it as a privilege to be Dundee United’s manager on the night they produced one of their finest European results in recent decades.

A second-half goal from Glenn Middleton gave the Tayside club a stirring 1-0 victory over Dutch side AZ Alkmaar in the first leg of their Europa Conference League third qualifying round tie on Thursday.

It was Ross’s first home game in charge since taking the reins in the summer and he was bowled over by the atmosphere inside a near-full-capacity Tannadice as 10,000 United fans savoured what will go down as a famous result in the club’s modern history.

“It doesn’t mean anything in the grand scheme in terms of progressing to the next round, but there will be generations of Dundee United supporters who have not had a night like that, enjoying beating a top European team at Tannadice. It was a really enjoyable night, one the players should be proud of.

“We were outstanding and we showed a lot of quality. It was just an all-round good night and the atmosphere was unbelievable.

“I have been involved in big games as a manager, but that was incredible.”

Ross admits his team still have plenty work to do to get through to the play-off round, but he is intent on savouring the first-leg victory.

“We are under no illusions about the challenge, but we wanted to give ourselves a platform to go through,” he said.

“I also think about the players having the chance to put themselves into the European history of this club.

“There is a long way to go, but it’s been a while since we have beaten a top European club like that.

“Sometimes we don’t pause enough to enjoy things, but I will pause and so should the players.”

Goal hero Middleton only signed for United last Friday from Rangers after spending recent seasons on loan at Hibernian and St Johnstone, and Ross is hopeful the 22-year-old’s stunning start to his Tannadice career is a sign of things to come.

“Glenn has the ability to produce moments like that and it was a great goal,” he said.

“At this point in his career, he needs a home and I encourage players in his position to be expressive.

“I’m so pleased he’s got his career here off to a start like that as it helps in so many ways.”