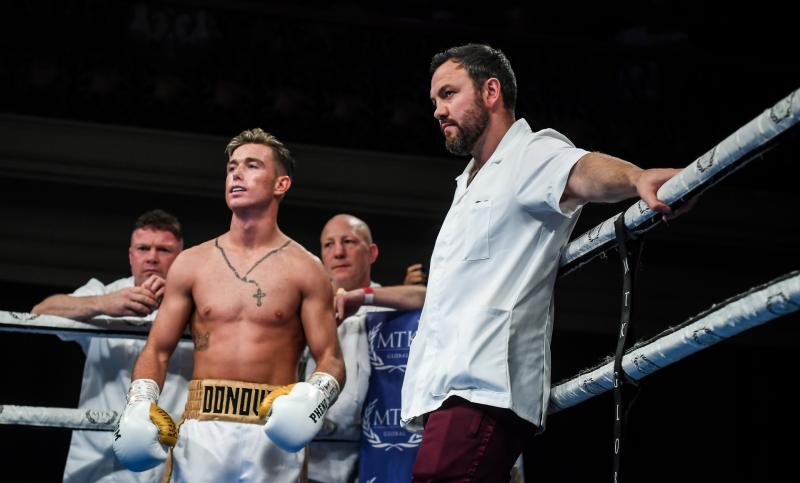 Paddy Donovan and Andy Lee set for a Belfast bout

LIMERICK professional boxer Paddy Donovan fights on the undercard of Michael Conlan bout in the SSE Arena in Belfast this Saturday night.

Conlan (16-1) returns home against Miguel Marriaga (30-5) after his failed World Title attempt back in March.

Donovan is one of the star names on the undercard in the Top Rank event in Belfast.

Donovan bring an 8-0(6KO's) record into Saturday, while his Middlesboro opponent's record is 10-2.

Back in the Spring, the Andy Lee coach Donovan improved his record to 8-0 with a comprehensive victory over Czech fighter Miroslav Serban in Glasgow.

Twenty three-year-old Donovan dominated the fight, which was shown live on Sky Sports, scoring a sixth round stoppage against his outclassed opponent at the OVO Hydro.

Donovan was also in action in Belfast last August when bagged his seventh successive victory as a professional in devastating fashion when stopping his Argentine opponent Jose Luis Castillo in the opening round with a terrific body shot.

Southpaw Donovan boxed in his amateur days out of Limerick's Our Lady of Lourdes St Saviours boxing club.