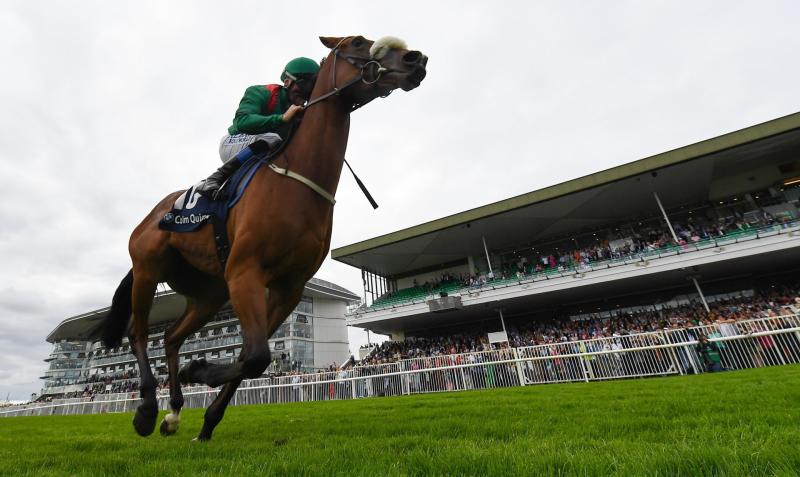 Having suffered a reversal with the defeat of odds-on favourite Tiverton on the opening day of the Galway festival, Chris Hayes and Dermot Weld landed the seven-furlong fillies’ maiden with the newcomer Tahiyra, a half-sister to Tarnawa, on Tuesday. The well-supported 7/2 chance led over a furlong from the finish before racing away to win by five and a half lengths, in the colours of HH Aga Khan, from the Aidan O'Brien-trained 5/6 favourite Dower House.

Billy Lee had to wait until day six of the festival to land a winner and it came in the shape of the Ray Cody-trained Saraqael in the eight-furlong maiden on Saturday. Owned and bred by Ballygallon Stud, the 5/1 chance didn’t enjoy the clearest of runs before the straight but picked up well when getting room to win by an easy two and three-parts of a length from the Aidan O'Brien-trained Samuel Pepys.

Chris Hayes doubled his tally for the week when teaming up with Eddie and Patrick Harty to take the seven-furlong auction series maiden with Evening’s Empire as the festival drew to a close on Sunday. The 11/4 chance had a little in hand as she beat the Kevin Prendergast-trained Roman Moon by a length.