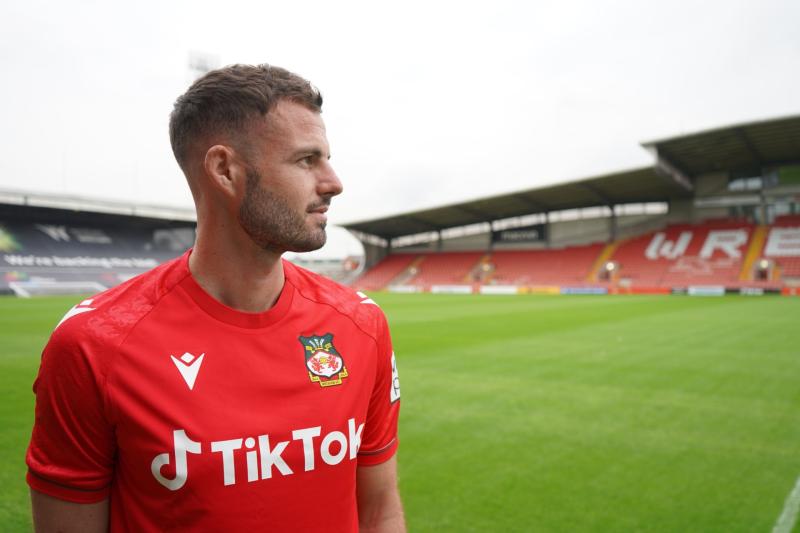 Wrexham AFC have confirmed the signing of the Ballingarry man from League One side Oxford United, on a two-year deal.

The versatile Irishman, who joins Wrexham for an undisclosed fee, came through the Wolverhampton Wanderers academy system and made his Premier League debut against Chelsea in November 2011.

Forde was loaned to Scunthorpe United in 2013 and later helped Wolves secure promotion to the Championship on his return, before signing for Walsall, where he spent two seasons.

The 28-year-old signed a three-year deal at Championship side Rotherham United in 2016 and went on to make over 100 appearances for the Millers, including the League One Play-Off Final in 2018.

He has spent the last three seasons at Oxford United and is now the latest addition to Phil Parkinson’s squad ahead of the 2022/23 Vanarama National League -the fifth tier of the English football league system.

"I’m absolutely delighted; it’s really exciting and I can’t wait to get going. I know about the history of the club and think there are exciting times ahead. First and foremost, I’ll give 100 per cent. Hopefully I can get some assists and a few goals, and create a lot of chances for the team," Forde told the club website.

Wrexham AFC manager Parkinson said that the club were "really pleased to get the deal done and to have Anthony here at the club."

“He’s played a lot of his football at Championship level, so it’s a really strong signing for us," said Parkinson.

Forde's former Oxford manager Karl Robinson said: “Fordey is one of the nicest people you would ever wish to meet and an excellent professional. We will be sad to see him go but he deserves to be playing matches and showing what a good player he is."

"At the same time Sam Long has kept Fordey out of the team and been really consistent and young James Golding was outstanding there in a friendly this week. We will look at all of the other options, but we certainly wish Fordey the best of luck for the future.”