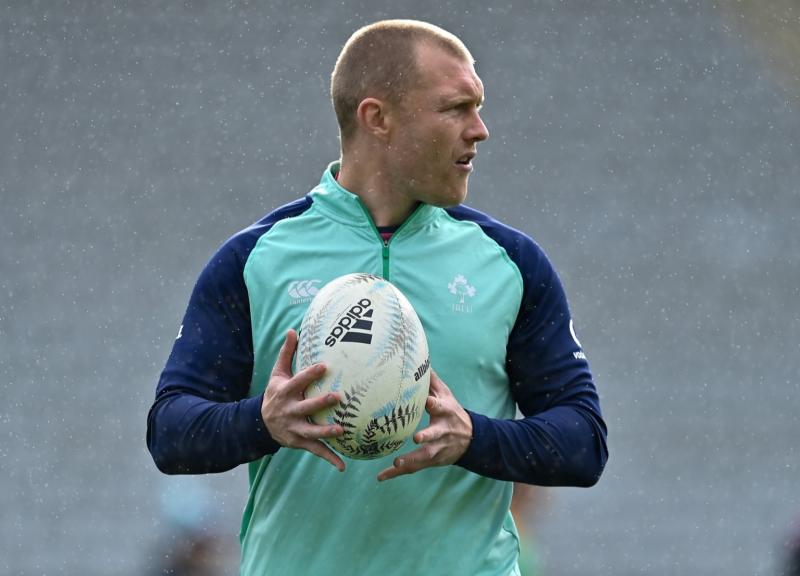 LIMERICK man Keith Earls will captain Ireland for the first time on Tuesday  as Andy Farrell's side take on the Māori All Blacks at Sky Stadium in Wellington, 8.05am Irish time.

Earls revealed that the last time he captained a team in a rugby game was while playing for the Thomond RFC U14 side.

Craig Casey and Ciaran Frawley are retained at half-back for Ireland's game with the Maori All-Blacks while Stuart McCloskey comes into partner Earls in the midfield. Michael Lowry is introduced at fullback with Jimmy O’Brien switching to the left wing and Jordan Larmour is on the right.

It'll be a special occasion for Keith Earls on Tuesday as he captains Ireland for the first time! #TeamOfUs | #MABvIRE pic.twitter.com/Yw2cjCNNf5

The front row consists of Jeremy Loughman, Niall Scannell and Tom O’Toole with Joe McCarthy and Kieran Treadwell named at lock. The backrow from the first game against the Māori is retained with Cian Prendergast at 6, Nick Timoney at 7 and Gavin Coombes at No.8.

The game will be televised live by SKY Sports at 8.05am Irish time.