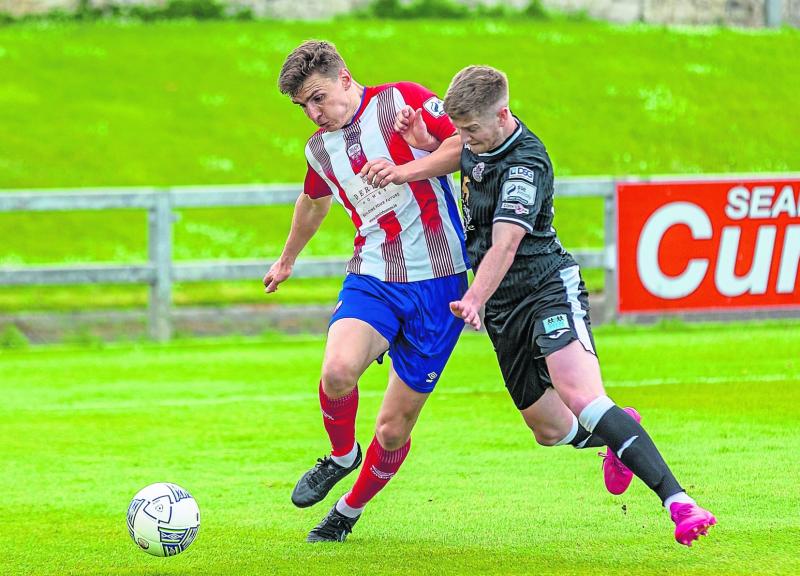 TREATY United will look to get their promotion play-off bid back on track this Friday night when facing Cobh Ramblers at St Colman's Park in a crucial Munster derby fixture, 7.45pm, live on LOITV Stream.

This will be the second time in the space of just four days that Treaty will have faced opposition from Leeside in a First Division fixture following their heavy 5-0 defeat to Cork City at the Markets Field on Monday.

That heavy loss to the league leaders came on the back of Treaty securing a gritty point in a 0-0 draw with high-flying Galway United at Eamonn Deacy Park on Friday night last.

Treaty have been edged out of the promotion play-off positions in the table following Monday night's heavy defeat to Cork City with Wexford moving into fifth spot by virtue of their superior goal difference to that of the Limerick-based side.

Friday night's opponents Cobh Ramblers are now managed by former Head of Academy at Treaty United Shane Keegan. It was confirmed earlier this week that Keegan had departed the role with Treaty United to take up the position of first team manager with First Division rivals Cobh Ramblers. He will take charge of the Rams up until the end of the 2023 season.

Treaty United are to begin the search for a new Head of Academy immediately, the club confirmed.