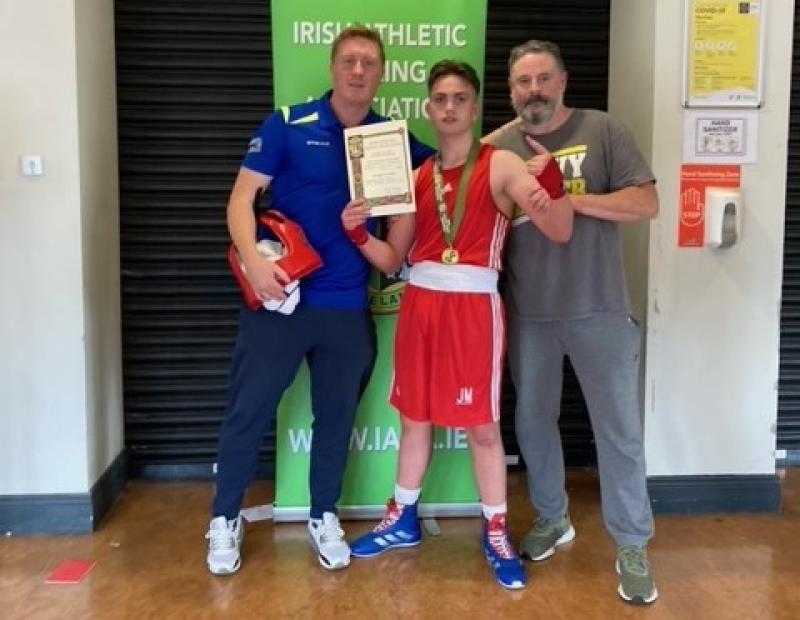 RATHKEALE Boxing Club's rising star John Mongans is off to the European Schoolboy Championships which will be held in Turkey this August.

Last weekend, Mongans claimed the Junior Cadet 70kg National title with an emphatic second round stoppage over the game Tom Ward of Ballyhaunis.

This win came 24-hours after Mongans dominated his semi final against fellow national champion Peter Maghee of St Conleths, Kildare, ending proceedings prematurely with another second round stoppage after Mongans landed some heavy shots from the young star who coached by  Rob Williams and Pa Shaughnessy.

After claiming his first Irish title in March at 72kg, John made the conscious decision to drop to 70kg for this competition as he was aware that he needed to be in top condition to win and progress to the National team.

The rewards for his efforts now see Mongans called up the Irish Schoolboy team who commence training this weekend in preparation for the pending European Schoolboy Championships which will be held in Turkey this August.

This win makes John a two time national champion and brings a total of five Irish titles to Rathkeale BC this season.

Timmy Power, making his debut at the home of Irish boxing in the national stadium lost out to Kane Bannigan of Lisburn in his 48kg quarter final.

Having won impressively in his preliminary bout Martin McDonagh bowed out in his 52kg quarter final on the dreaded split decision to Cathal Myers of Sligo City.