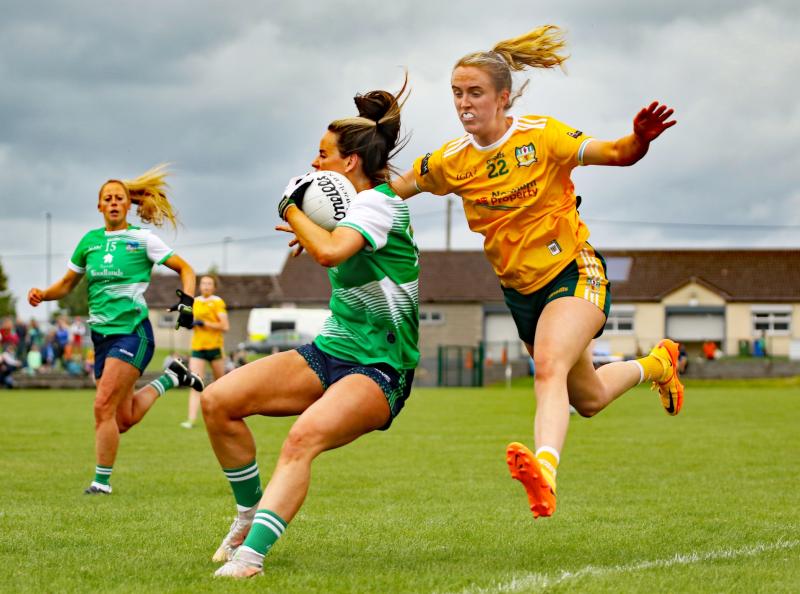 Katie Heelan, of Limerick, under pressure from Orla Carr, of Antrim, in the TG4 All Ireland Junior Championship fixture played at Bruff on Sunday Pic: Brendan Gleeson

LIMERICK Ladies Gaelic footballers suffered a 0-12 to 1-7 defeat to Antrim in their TG4 All-Ireland Junior Championship first round fixture played at Bruff on Sunday.

Limerick led 1-4 to 0-5 at half-time, with the home side's goal coming from a Catriona Davis penalty in the 11th minute, following a foul on Amy Ryan.

However, Limerick, who host New York in their next championship outing, managed just a single point over the remainder of the game while Antrim added on five more points to claim a narrow victory.