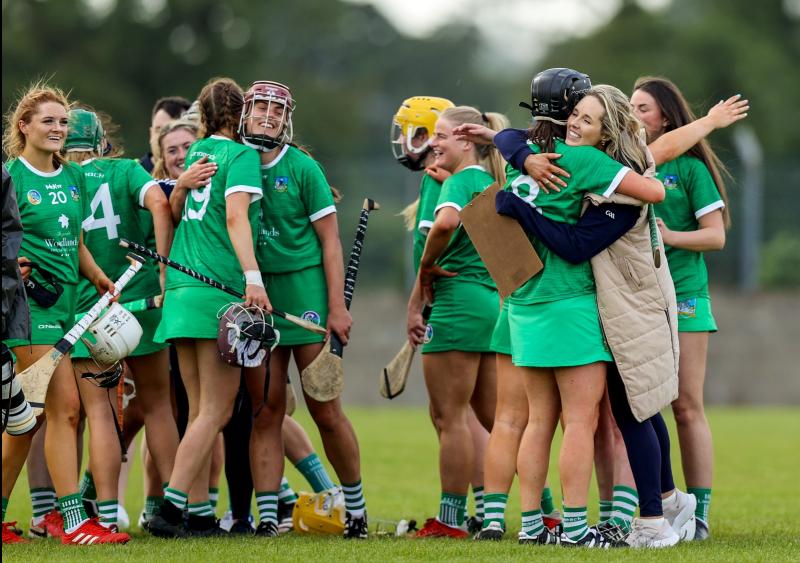 BATTLING Limerick kept their hopes of making the knockout stages of the Glen Dimplex All-Ireland Senior Camogie Championship alive with a strong finish to prevail 0-11 to 0-9 over Offaly in their Group 1 tie at Cappamore GAA Club on Saturday afternoon.

With Galway and Kilkenny assured of advancing to the last six as a result of their triumphs against Down and Antrim respectively, there is just one qualifying spot up for grabs.

Limerick are now on three points, behind Antrim, who retain third spot on four points.

While Offaly aren’t out of contention yet, they have lost all three of their outings and prop up the table with Down just ahead on one point.

Offaly were the superior side in the first half, at the end of which they led by 0-6 to 0-4. A Christine Cleary point soon after the restart stretched the advantage but Limerick came roaring into it thereafter, Costelloe shooting six points in the course of bringing her tally to nine, to drive the Treaty County women to a brilliant victory.

Points from Aisling Brennan, Sarah Harding and Mairéad Teehan edged the visitors in front after 15 minutes and though a converted free and 45 by Costelloe gave Limerick a temporary lead, scores from Sarah Walsh, Harding and Siobhán Flannery made a two-point game at the change of ends.

As Limerick exerted more pressure, Offaly started conceding frees and Costelloe punished them for that, pushing her side ahead in the 47th minute. Brennan and skipper Róisín Egan equalised after further Costelloe scores but they had no answer to the final Costelloe brace, Harding’s injury-time sending off the final blow.