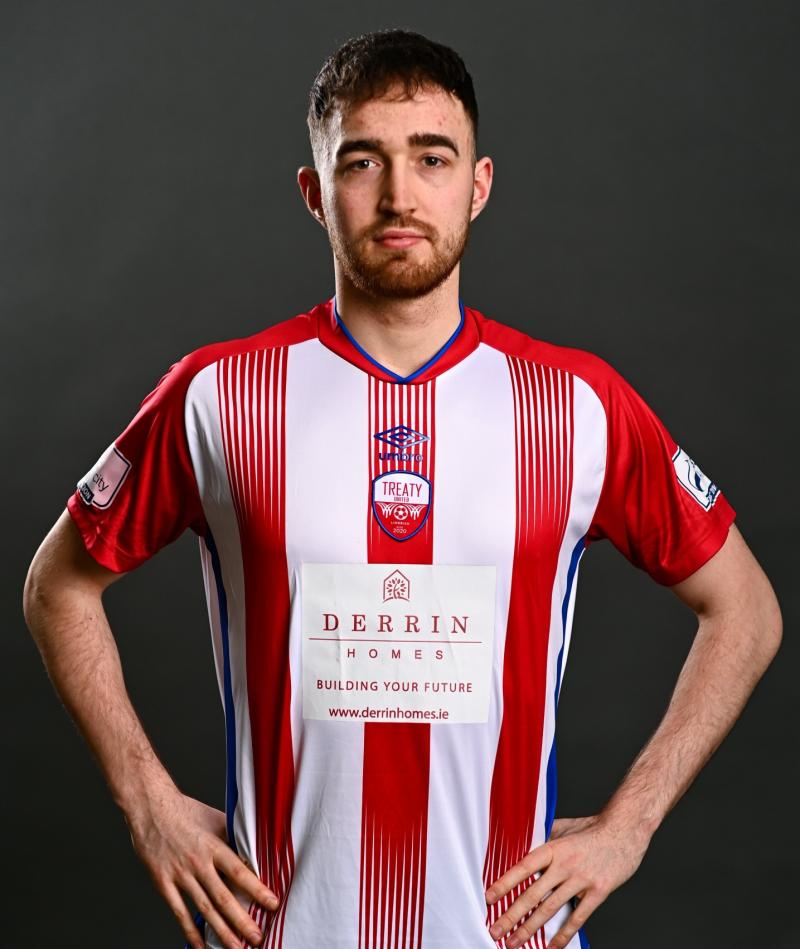 Fifth-placed Treaty United maintain their three point lead over Friday's opponents Wexford FC and Bray Wanderers following this hard-fought draw in the South East as the lead action resumed after the mid-season break.

Second to fifth-placed teams in the table will be involved in the promotion play-offs at the end of the regular season.

Both goals came early on in the game with Dean George firing Treaty in front in the fourth minute, before Aaron Dobbs equalised for the home side just three minutes later.

Treaty had secured 5-1 and 2-1 wins in their two previous league meetings with Wexford this season.

In team news for Treaty United, captain Jack Lynch and Mark Walsh came into the starting XI. On the bench, Stephen Christopher returned to the substitutes.

Treaty, who had secured a clinical 5-1 victory away to Wexford FC on the opening night of the 2022 SSE Airtricity League First Division season in February, got off to the best possible start in their latest visit to Ferrycarrig Park.

Tommy Barrett's Treaty United side hit the front in the fourth minute when Dean George scored a terrific individual goal, picking the ball up some 40 yards from goal, before showing a neat touch and excellent footwork to create the opening and then producing a fine finish into the left corner of the net from the edge of the box.

It was George's sixth goal of the season.

However, the visitors lead didn't last long as Wexford haul themselves level just three minutes later through a goal from Aaron Dobbs.

Both sides continued to create chances as the opening half wore on. In the 26th minute, Conor Meoldy created an opening for Treaty, but his shot on goal was pushed past the post.

At the other end of the pitch, Conor Crowley went close for Wexford after 40 minutes, only to drag his effort on goal wide.

The sides remained deadlocked, 1-1, at half-time.

Treaty began the second half brightly and came close to regaining the lead just before the hour mark when Joe Gorman powered a great header goalward at the back post. However, Wexford 'keeper Moody pulled off a great save to deny him adding a second goal for the visitors.

With 20 minutes remaining, substitute Colin Conroy fired a terrific effort goalward only for Wexford 'keeper Moody to push it past the post.

Matt Keane then fired over the crossbar in the 72nd minute, but as the chances continued to flow, Treaty 'keeper Jack Brady had to produce an excellent save to prevent Aaron Dobbs from netting his second goal of the game.

With 10 minutes remaining Jack Doherty volleyed over for the home side from Aidan Friel's cross.

Next up for Treaty United is a home fixture against Athlone Town at the Markets Field on Friday night next, 7.45pm.