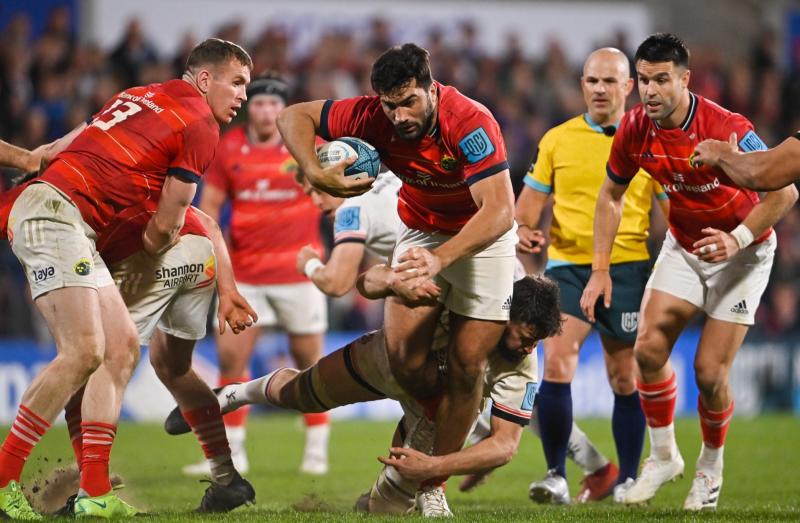 Damian de Allende, of Munster, is tackled by Sam Carter, of Ulster, during the URC fixture between the sides at Kingspan Stadium in April

MUNSTER Rugby will be aiming to end their disappointing losing run in away United Rugby Championship play-off fixtures when tackling interprovincial rivals Ulster at Kingspan Stadium this Friday night, 7.35pm.

Munster have lost all seven of their away play-off games in the URC, Pro14 and Pro12 competitions.

The winners of tonight's quarter-final, which is live on TG4 and Premier Sport, will be making their way to the semi-final stage to play either Edinburgh or the Stormers in Cape Town.

Munster head to Belfast on the back of a disappointing defeat to Leinster at the Aviva Stadium last time out in Round 18 leading to the province moving out of the URC’s top four.