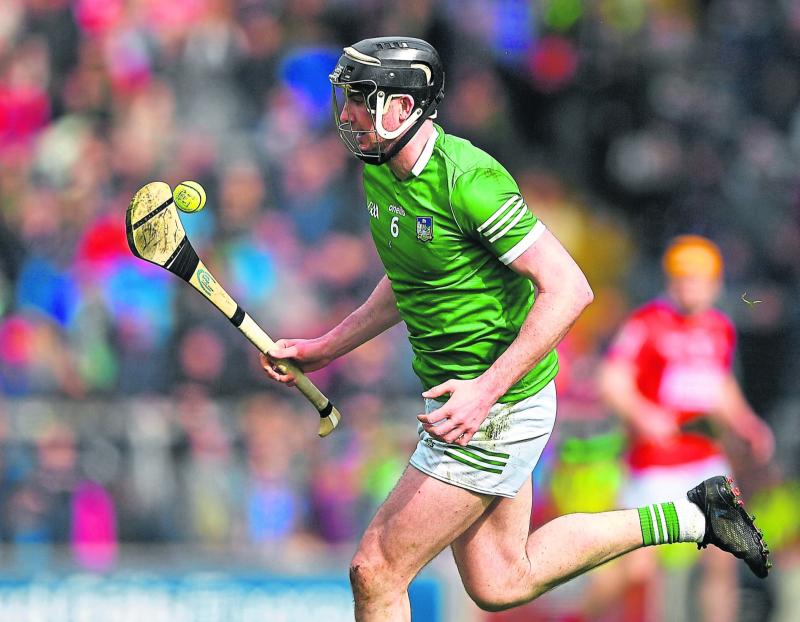 LIMERICK went four league games without a victory this Spring in the Allianz Hurling League.

With Dublin under par in the football equivalent, the end of the road for the two standard bearers was widely debated.
However, no panic within the Limerick hurling ranks insists captain Declan Hannon.

“We knew we were working really really hard behind the scenes but it just wasn’t transferring onto the pitch throughout the league. We obviously didn’t get a result until the last day of the league. Our performances weren't where we wanted to be but I suppose we knew that the hard work was going on behind the scenes would hopefully come to fruition later on in the year,” explained Hannon ahead of Sunday’s Munster SHC final.

“The last number of years we have gained a lot of confidence through the different league campaigns and Munster Championship and All-Ireland Championships and we definitely had that at the back of our heads that if we continue to do the work at home that it would eventually come onto the pitch.”

He added: “Hurling moves very very quickly on the pitch and off the pitch at times. All we can do it focus on ourselves and what other teams were doing was irrelevant throughout the league - we can only do the work that was put in front of us and prepare as best we could for the league and then onto the championship. Looking after ourselves and seeing where it takes us”.

This Sunday, Hannon plays in a sixth Munster SHC final.

“You can’t take these days for granted at all. Who knows when you might get to another one. For any of the players this could be our last one. They are massive occasions and fantastic - we are really looking forward to it and they don’t come around every year so you got to make the most of them when you are there,” he stressed.

“It’s a Munster final at the end of the day and I’m sure both teams will go out to win it. The last day was a draw but there is a trophy on the line the next day in Thurles - both teams will be going hell for leather and there won’t be an inch given or taken. I’m really looking forward to it - look at the supporters and it will be a full house and that will be the first time since 2019 that a Munster final will be allowed a full house. It’s a fantastic occasion for families and supporters so I can’t wait for it. It can’t come quick enough,” smiled the Adare man.

While Thurles set for a sell-out Hannon remains focused on performance.

“There is a good rivalry between the two teams and probably more so between the two sets of supporters. From a players point of view there is no point worrying about the crowd too much. It’s more what you do inside the four lines that is the most important so that is what we will be concentrating on.”

It’s been a trophy laden past four years for Limerick but the captain insists no one is resting on past success.

“There is a massive drive and hunger within the group to push ourselves as far as we possibly can in training and then when it comes to matches to push ourselves again. We’ve been asked a bit about the appetite and hunger and if it’s still there and it most certainly is and you can see that in performances to date. People are giving everything that they have and it will be the same on Sunday. It’s the players and management together.

"The management are really driven as are all of the players - there are guys at training who drive the standard consistently. Everyone knows that if you don’t perform in training you won’t get the opportunities to play in games so we are constantly pushing each other in training and then that comes onto the pitch which is what it is all about.”