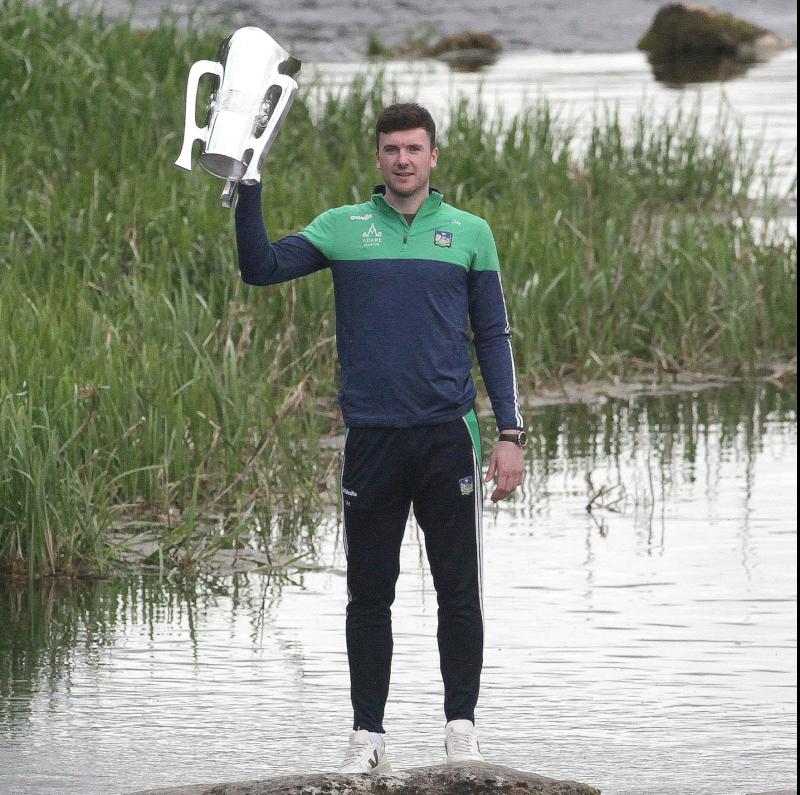 Limerick captain Declan Hannon with the Mick Mackey Cup which will be presented for the first time to the winning captain after Sunday's Munster final Picture: Dave Gaynor

ALL eyes on Shannonside will be firmly fixed on Thurles this Sunday as Limerick and Clare lock horns in the 2022 Munster senior hurling championship final.

There will be a sell-out 45,775 lucky souls in FBD Semple Stadium and thousands more watching live on RTE2 television as bragging rights and much more will be on offer from 4pm this June 5.

Sunday is Limerick's 50th Munster SHC final and they will chase a 23rd title, while Clare seek title no7 in their 29th final appearance.

Clare, meanwhile, are looking to win their first provincial title since 1998 - losing their last four finals.

This eagerly awaited final will be the 60th championship game between the counties - Limerick have won 37 to Clare’s 20 with two draws.

All that is history and more will be created on Sunday when the Mick Mackey Cup is presented for the first time to either Declan Hannon or Tony Kelly.

Of course, Sunday won’t be the end of the road for either side – the newly crowned Munster champions advance into a Sunday July 3 All-Ireland  semi final in Croke Park and the loser to a Saturday June 18 quarter-final against either Wexford or the Joe McDonagh Cup runner-up; Antrim or Kerry.

Limerick bring an unbeaten run of 13 championship games into Sunday’s final stretching back to 2019 and the bookies have John Kiely’s side as favourites to maintain that run.

However, there is little to separate Limerick and Clare on 2022 form. Sunday is their fourth competitive fixtures – finishing level in both the league and championship, while Limerick were Munster Cup winners back in January.

Indeed the sides have played the exact same opposition in league and championship and have returned the exact same results – four wins, three defeats and two draws, which were against each other!

It’s therefore worth remembering that extra-time of two periods of 10 minutes will be played if required and if teams are still level, then a penalties would determine the winner.

The Limerick-Clare provincial final will be live on RTE2 television with the All-Ireland SFC Qualifier between Armagh and Tyrone at 1.30pm.

The curtain-raiser in Thurles will be the All-Ireland Senior Camogie tie between Tipperary and Waterford at 2pm.