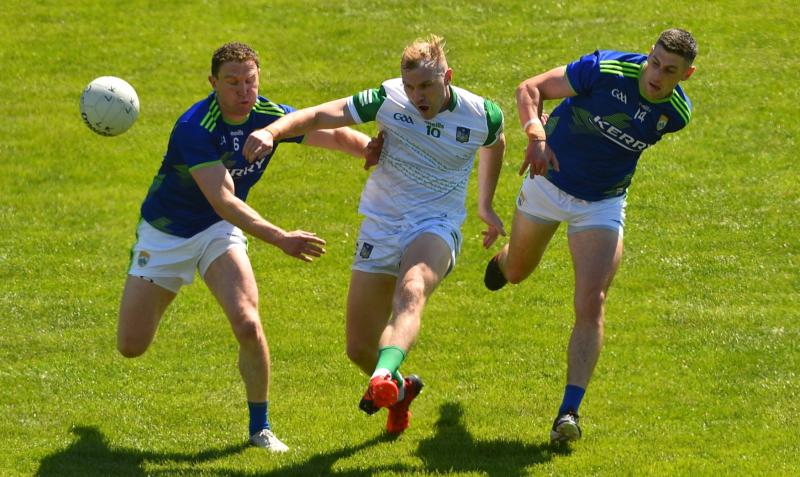 LIMERICK’S 126-year wait for a Munster SFC title will be extended as a Kerry team without David Clifford overcame Billy Lee’s spirited and battling Treaty men 1-28 to 0-8 at a sun-drenched Fitzgerald Stadium in Killarney on Saturday afternoon.

It was the eighth time the Treaty men have met the Kingdom in the Munster final – the fifth time in Killarney – with the Shannonsiders yet to claim a scalp over Kerry, and it was the hosts who led 0-12 to 0-3 by half time.

This was extended to 23 points by the final whistle, with Killian Spillane raising the green flag for the hosts 12 minutes into the second half.

Kerry had won the last three finals staged in Killarney by an average of 11-points.

Played in the shadows of the MacGillycuddy Reeks, Limerick faced an uphill from the get-go when Killian Spillane slotted over with just a minute on the clock.

Limerick had a superb chance to level terms in the fifth minute – Darragh Treacy bore down on goal after meeting an excellent defence splitting pass from Peter Nash, but the St Kieran’s man could only watch on as the ball went wide.

Josh Ryan levelled terms three minutes later with a well-taken ’45, but Kerry scored six of the next seven points with Iain Corbett slotting over Limerick’s only point from play in the opening 35 minutes with 20 minutes on the clock.

With the exception of a Ryan free on the half hour mark, Jack O’Connor’s home side got eight of the next nine points to extend their lead to nine by half-time.

Limerick, who were clearly set up to try and hit Kerry on the counterattack, created a number of half goal chances but with Josh Ryan isolated in the full-forward position, Billy Lee’s charges only managed one point from play in the opening 35 minutes. At the break both Kerry led by nine – 0-12 to 0-3 - after what can only be described as an incredibly poor and lacklustre display of football from both sides. Both sides were level on just one occasion in the opening 35 minutes when Josh Ryan kicked over a well-taken ’45 in the eighth minute.

After the restart, Paul Geaney further added to Kerry’s winning margin with a superb point off his left foot after just 23 seconds of play.

Kerry put the result beyond any doubt in 47th minute when Killian Spillane slotted the ball past Donal O’Sullivan to put 17 points between the two sides.

The Kingdom extended their lead to 23 points by the final whistle with Iain Corbett, and Cian Sheehan (3) adding to Limerick’s tally.