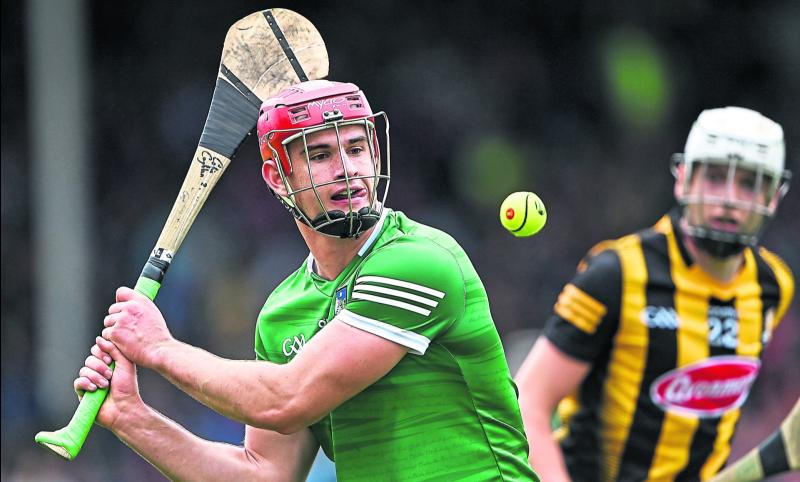 I WOULD have loved nothing more to have hit for Thurles last Sunday afternoon to support our under 20’s, but instead I wobbled in the door at about 13.25 after landing back from a two-day stag in Westport.

In normal circumstances like that, it would have been straight up the stairs for a few hours kip catching up on what I missed the previous two nights, but instead I made my way to the sitting room just getting the TV on in time before throw-in.

Usually, I look forward to sitting down for a half an hour and listening to the pre-game analysis, but considering I did 'Pass' Irish for the Leaving Certificate and barely scraped over the line, that’s not something I have the luxury of doing with games on TG4.

I watched the Leinster U20 final between Wexford and Kilkenny and straight afterwards my initial thoughts were the standard was a bit below that of the Munster final.

Also when you go though the team it seems a very balanced team. I have been very impressed with the full-back line this year. I saw Evan O'Leary play a number of games for Ardscoil Rís and he has been outstanding, a real quick, tigerish corner back, reminds me of Damian Reale a bit.

Ok, maybe the weekend gone by was one of his lesser games, but he has made huge strides. I must admit, I didn’t know much about Fergal O'Connor until this year, but he is another lad who has had a great year.

In the half-back line, obviously having Colin Coughlan there with the experience he gained last year with the seniors was huge, and Cian Scully was also one of Ardscoil Ris' best players this year.

In midfield, I must be honest, the biggest memory I have of Jimmy Quilty is him giving a hand with the Limerick seniors in 2018 as his father Jimmy was a selector.

I couldn’t get over how much he developed in a couple of years and is also now in with the seniors. Adam English is probably the most exciting player for me, with Aidan O'Connor not far behind him.

And actually Shane O'Brien is in that category also. I saw Adam English basically beat Na Piarsaigh on his own in last year's U-21 final, and I think he has it all.

Aidan O'Connor, well, to be honest, the biggest surprise came to me, when I realised he wasn’t in with the senior squad. I thought he fully deserved his spot in that, but either way, his time will come next winter. He has been exceptional this year.

I suppose what I am getting at here is that while we were beaten last weekend, when you go through the team, I actually think we can get a lot of these players to develop and progress.

Now, I am not saying for a second it's a natural progression that they will play senior inter county hurling.
But you have some very good players, with good attitudes, and once they keep the head down and keep developing, I think we will certainly get a few. And furthermore, we need a few.

Cathal O'Neill aside, the senior team has had no young player make his way into the starting 15, in nearly six years. Everyone that was there in 2017 is still there.

And while things are still going great, it is vitally important that we get these lads ready to stand up when it is their time.
On Cathal O'Neill, it actually angers me when you talk about that stupid rule. And stupid is me being PC. I would honestly love to know who comes up with this tripe.

I just hope it can be overturned - to see Cathal carrying the hurleys last Sunday was disgusting.

I must give Diarmuid Mullins great credit in how he conducted himself in his post-game interview - and we can all take lessons from it, I know I did.

The easy thing is to have a go at why Hawk Eye wasn’t working, which also was ridiculous, but he conducted himself very well.
Lastly, while our 17’s were disappointing and we were all gutted not to bring another All-Ireland back to Limerick last Sunday, it's vitally important we keep our heads down and keep working because, as I said, we need to.

We need to get more players making a difference at senior level. Our time will come when we need them, some may not see it now, but trust me, we will.

So everybody who is working so hard in the Academy, from U-14’s up, let's keep it going, because that’s what got us to where we are now, but the trick is, we have to try and stay there now!