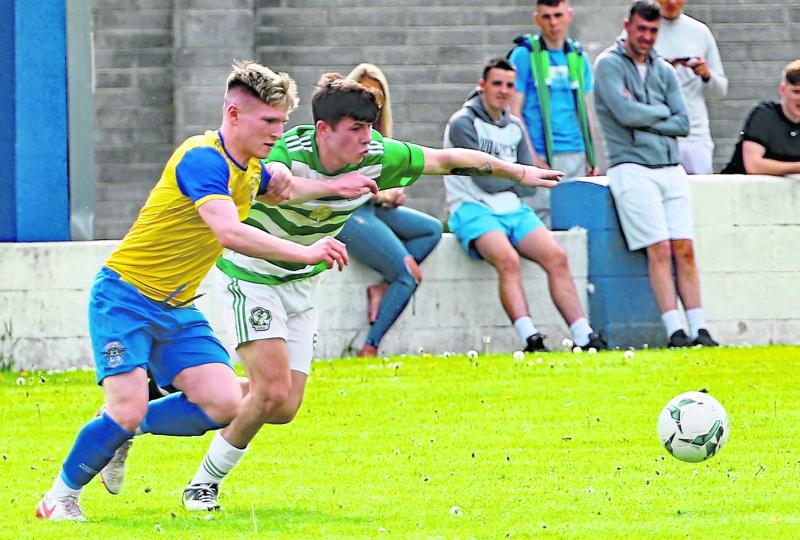 AFTER the disappointment of surrendering the FAI Junior Cup last weekend, hopes are high that we can keep the Munster Junior Cup on Shannonside when Fairview Rgs take on St Michaels in Turners Cross on Saturday evening.

With attention split between their Premier League run in and a Lawson Cup final, Fairview Rgs will know that they need to put all that on hold for a day and give this full attention against a trophy laden Saints XI.

While there have been suggestions on late that the Tipperary giant’s star may be on the wane somewhat, Jason Purcell and Stewart Purcell are in the game long enough to make sure his side don’t believe that narrative.

St Michael's still have a star-studded side, and it will take a might effort by Fairview to bring home the trophy.

Saint’s will miss Jimmy Carr who was sent off in the semi final. He has been a thorn in the side for Limerick sides for years.
Fairview Rgs were on a roll when they met Pike Rvs in a vital league game. A 1-0 win for Pike, denied Fairview the title for the moment at least.

It brings the League back into play off territory depending on results in the final round of games. They followed up with a victory over Aisling in the Lawson Cup semi-final, although it took a late late equaliser to avoid defeat.

It gives the Blues a week to get back to the type of form that saw them beat all before them over the last few weeks.

Darragh Rainsford’s return to the colours has been a huge bonus and he only gets better game by game.

They will be hoping he, along with Conor Coughlan can produce the goods on Sunday.

On Thursday evening Caherconlish will be expected to make up for their Open Cup final defeat to Aisling D when they meet Hyde Rgs B in the final of the Division 2A Cup.

On Friday evening the Healy-Webb Cup will be on offer for the first time when Carew Park meet Charleville in the Premier A Cup final.

A beautiful trophy in honour of two stalwarts of the game will be contested for between the top two sides in the Premier A League.