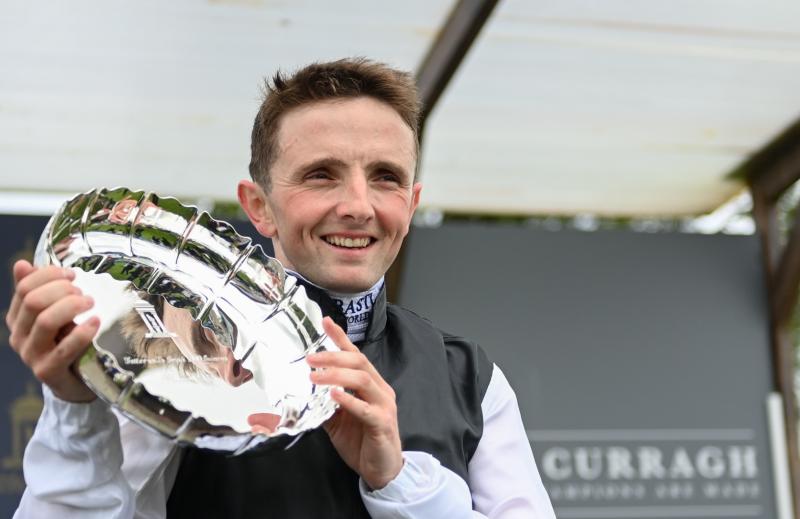 Winning jockey Chris Hayes celebrates with the shield after riding Homeless Songs to win the Tattersalls Irish 1,000 Guineas a The Curragh on Sunday

The winner, owned by the Moyglare Stud Farm, was returned at odds of 11/2.

"I was delighted to get the call to ride her this year and I'm grateful to Mr Weld and all the team at Rosewell who do a fantastic job."

️"She’s not the easiest to keep right, but when you have her right she is very good."