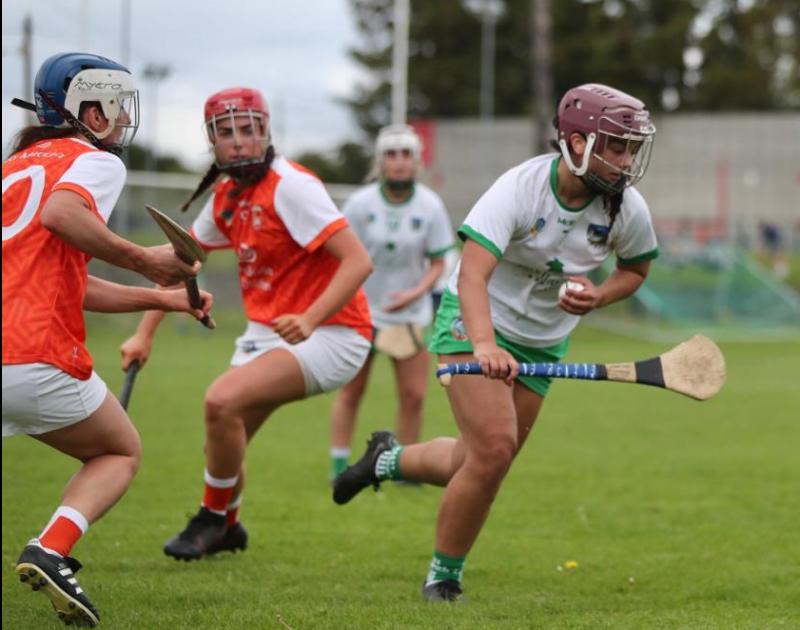 IT was always going to be a tough task as Limerick camogie's second team took on last season's runners-up in the opening round of the All-Ireland junior camogie championship on Saturday in Bruff.

And so it turned out as Armagh ran out 6-21 to 0-6 victors over a rebuilt home squad featuring more debutants than those who'd already tasted championship action to get their campaign off to as emphatic a start as they could have hoped.

Early on, it was a case of the Orchard girls steadily building on their superiority to lead by ten after twenty minutes before Limerick settled down coming up to the break.

They followed on at the restart, putting greater pressure on opponent possession, but just hadn't the experience of playing together to make it count on the scoreboard. Once Armagh soaked up the effort before it ate into their lead, they moved up the gears and a fusillade of goals had the result wrapped up long before the final whistle.

Eimear Smyth had Armagh off the mark inside a minute and the lead was added to by Smyth's follow-up and Rachel Merry before Clíodhna Hall replied from a free awarded after Limerick's first attack. However, the Ulster girls were establishing their dominance around the middle as Ciara Donnelly's free, Ellie McKee and Donnelly from play stretched the gap before Ciara Mulqueen blocked Jennifer Curry's goal effort.

However, they kept plugging away as Donnelly's free, Katie Cumiskey, Merry and two Donnelly frees found the target before Ashling Ryan broke the sequence. She replied again to Curry and, after Curry and Ellie McKee struck back, her free narrowed Armagh's advantage to 1-13 to 0-4 at half-time.

Limerick's spirited restart drew just a '45' for Ryan to convert and, after it subsided with Donnelly's point, Donnelly and Curry whacked home quickfire goals before Donnelly and Ryan swapped frees. And it didn't get any easier for the hosts as the subs piled on.

Eimear Hayes, Merry and Cumiskey were followed by Donnelly's free and Amy Forkan before Donnelly whipped home her third goal, tacked on a point and, after Curry ghosted in behind the defence to slot home goal number five, the Eglish full-forward blasted home her fourth to complete her one-woman afternoon of destruction.